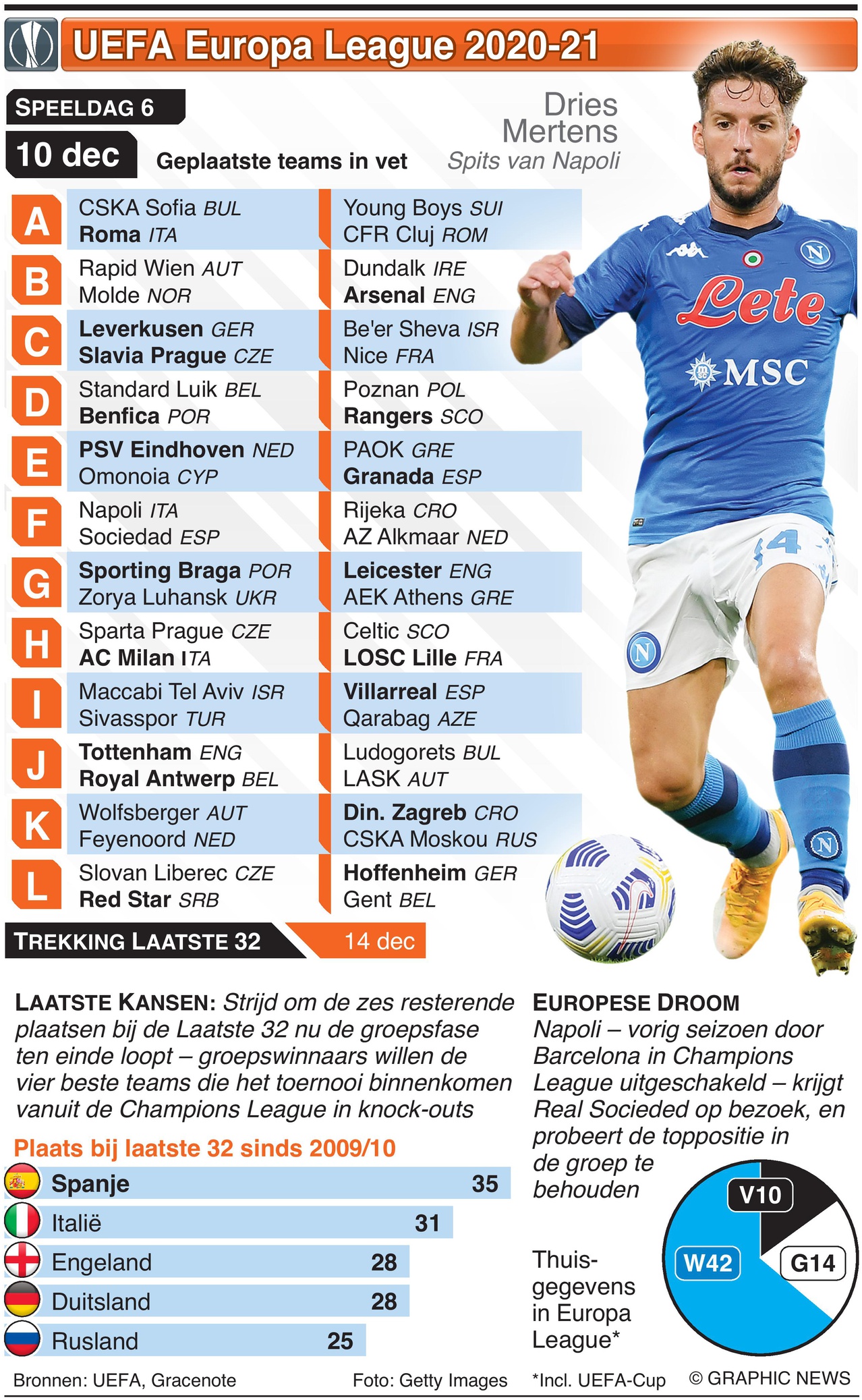 December 10, 2020 – UEFA Europa League Matchday 6, Thursday fixtures. The group stage of Europe’s UEFA Europa League season concludes, with teams aiming to seal one of the remaining six places in the Last 32. Key fixtures include both contests in Group F as Napoli host Real Sociedad, and Rijeka welcome AZ Alkmaar. The draw for the Last 32 takes place in Nyon, Switzerland, on December 14, in which the eight eliminated third-placed teams from the UEFA Champions League will join the competition.

The 2020-21 UEFA Europa League is the 50th season of Europe’s secondary club football tournament. A total of 48 teams from 26 countries will battle for silverware, including three representatives from each of Spain, England, Italy, Belgium, Netherlands, Austria and the Czech Republic.