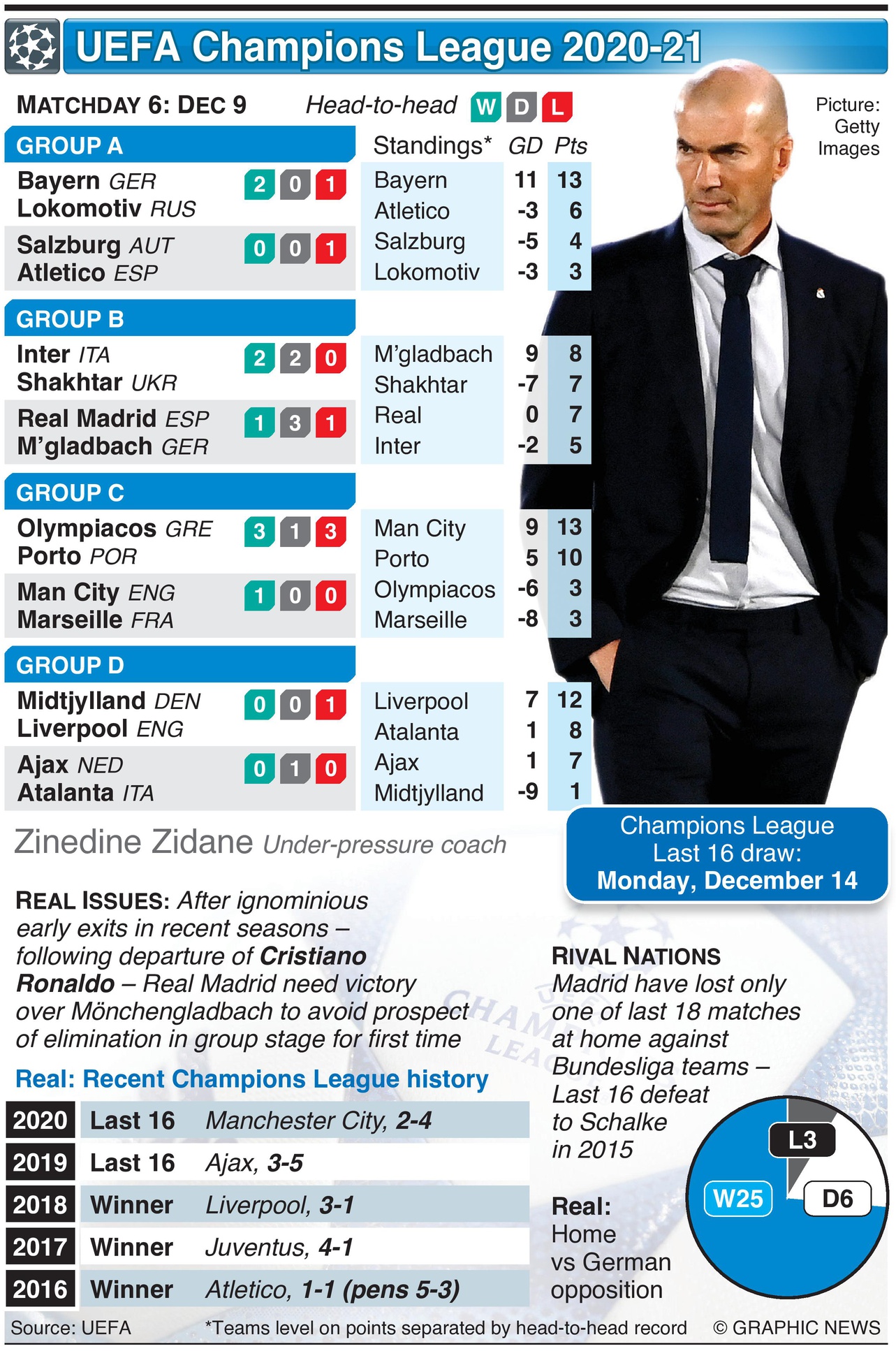 December 9, 2020 – UEFA Champions League Matchday 6, Wednesday fixtures. The group stage Europe’s UEFA Champions League season concludes, with teams aiming to seal one of the remaining seven places in the Last 16. Key fixtures include both contests in Group B as Real Madrid host Monchengladbach — the Spanish giants aiming to avoid the prospect of early elimination — and Shakhtar Donetsk face Internazionale. Elsewhere, Atalanta travel to Ajax, and Atletico Madrid face FC Salzburg. The draw for the Last 16 in the Champions League takes place in Nyon, Switzerland, on December 14.