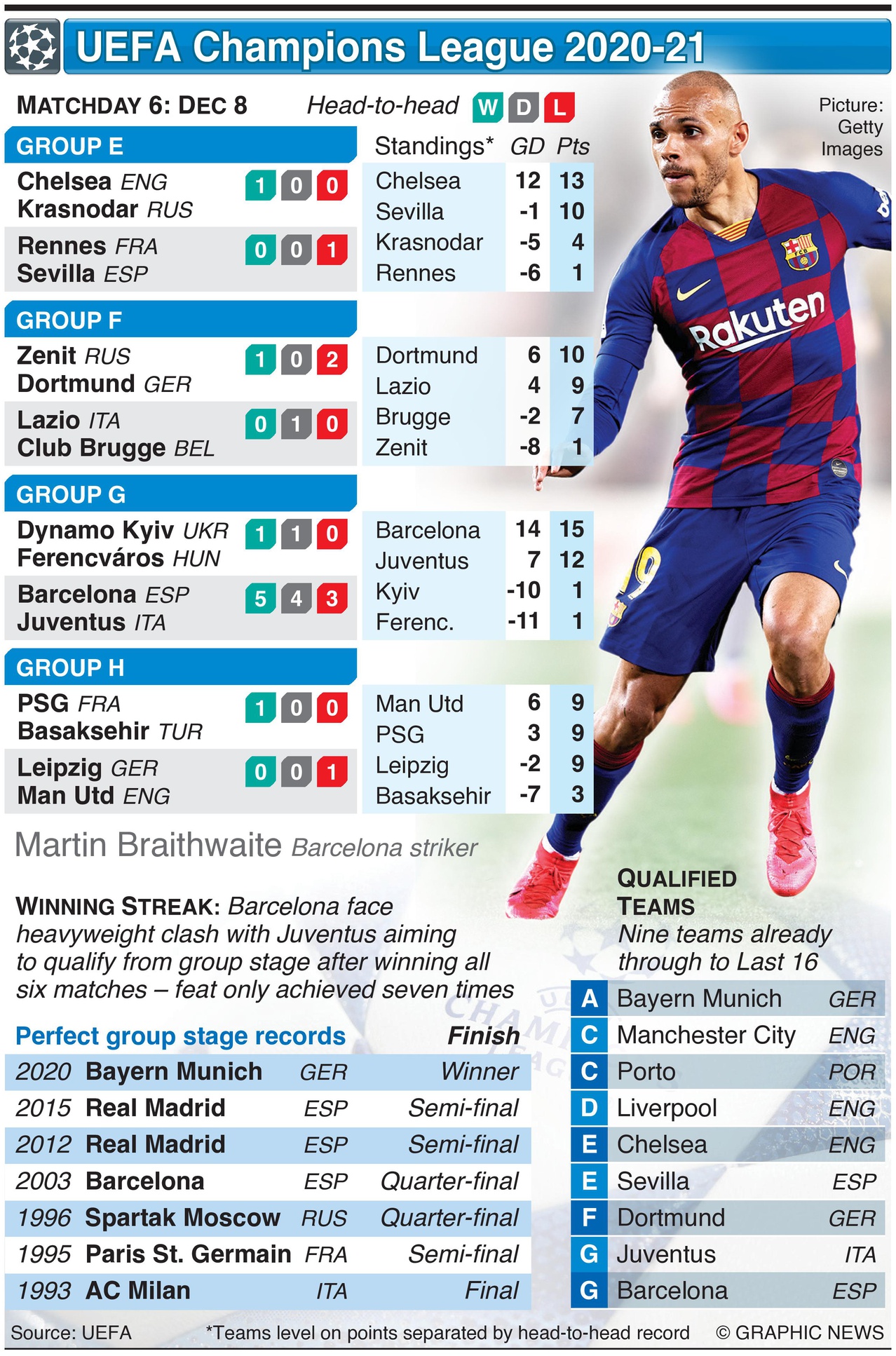 December 8, 2020 – UEFA Champions League Matchday 6, Tuesday fixtures. The group stage Europe’s UEFA Champions League season concludes, with teams aiming to seal one of the remaining seven places in the Last 16. Key fixtures include both contests in Group H as Leipzig host Manchester United, and Paris St-Germain welcome Istanbul Basaksehir. Elsewhere, Barcelona face a heavyweight clash with perennial rivals Juventus, aiming to qualify from group stage after winning all six matches. The draw for the Last 16 in the Champions League takes place in Nyon, Switzerland, on December 14.