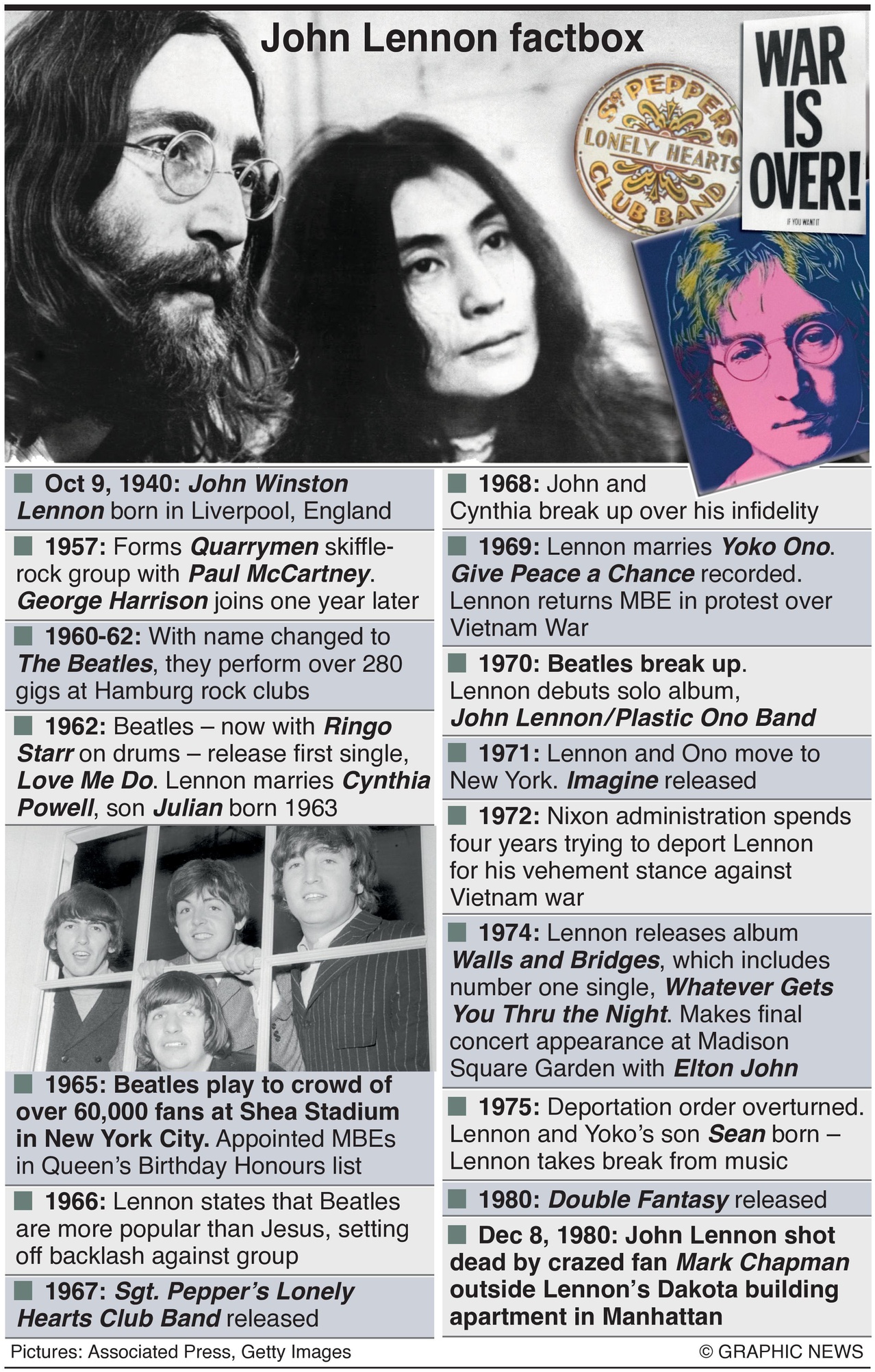 December 8, 2020 – John Lennon was shot and killed by a crazed fan outside his New York apartment on December 8, 1980. Lennon, along with Paul McCartney, is considered one of the most influential singer-songwriters of the 20th century.

The news was broken to America by Howard Cosell on ABC’s “Monday Night Football.” Cosell told viewers: “An unspeakable tragedy confirmed to us by ABC News in New York City: John Lennon, outside of his apartment building on the West Side of New York City — the most famous, perhaps, of all of the Beatles — shot twice in the back, rushed to Roosevelt Hospital, dead on arrival.”

As the news spread, thousands of Lennon fans united near the Dakota building — where Lennon had lived with Ono and their son, Sean — to mourn the late musician.

Ono announced there would be no public funeral. Instead, she asked fans to gather in nearby Central Park that Sunday to honour her late husband.

On December 14, millions of people around the world paused for ten minutes of silence to remember Lennon. Thirty thousand gathered in Lennon’s hometown of Liverpool, and the largest group — over 225,000 — did so at Central Park. For those ten minutes, every radio station in New York City also went off the air.

An obituary for John Lennon in the British-based New Musical Express said: “Let’s not allow our grief to turn into misplaced despair. That was not what John Lennon’s life was for; just the opposite. He said that if The Beatles had any message, it was to learn to swim. Don’t expect John Lennon or Yoko Ono or Bob Dylan or Jesus Christ to come and do it for you. You have to do it yourself.”