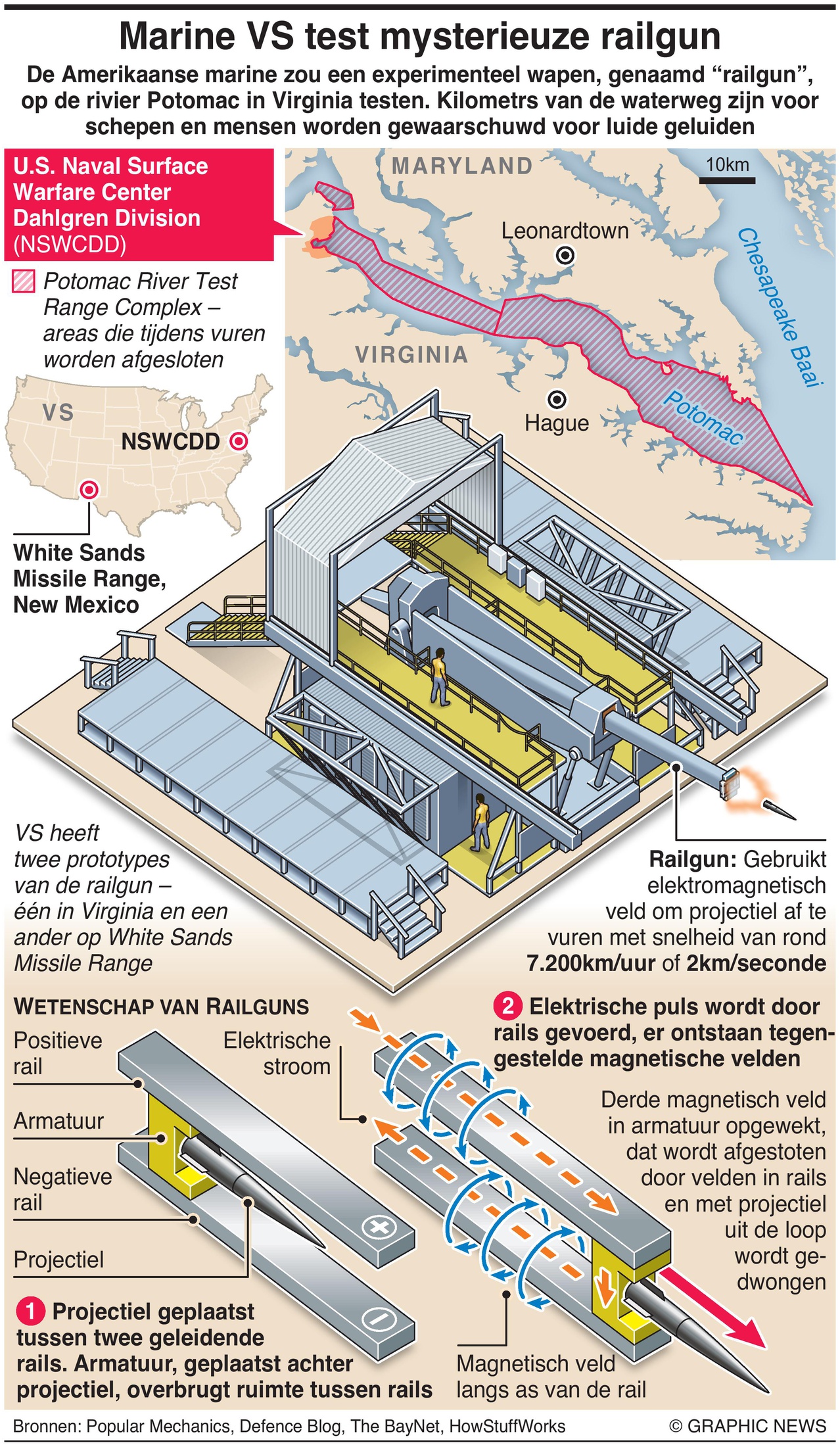 December 3, 2020 – The U.S. Navy is believed to be testing an experimental weapon called a “railgun” on the Potomac River in Virginia, closing miles of the waterway to boats and warning people to expect loud noises.

The source of the explosive sounds is the same Railgun Building 1410 where the Navy first tested its $500 million experimental electromagnetic railgun (EMRG) in 2012.

Once the trope of science fiction, railguns use electricity to generate very strong electromagnetic fields between two rails, down the centre of which is accelerated a projectile at a velocity of around 7,200km per hour, or 2 kilometres a second.

The giant guns were first set up at NSWCDD in the early 2010s, with one being moved to the White Sands Missile Range, New Mexico in early 2019. It is likely the Navy is testing the remaining gun again or it has built a new prototype, possibly one with a range of 400km, as was hinted at in a 2014 NASA report.

China is ahead of the U.S. in railgun development with one spotted mounted on a retired landing craft on the Yangtze River in 2018. The ship, dubbed “Yangtze Sea Monster”, appeared in open seas later that year, with a fully operational Chinese railgun expected to be at sea by 2025.