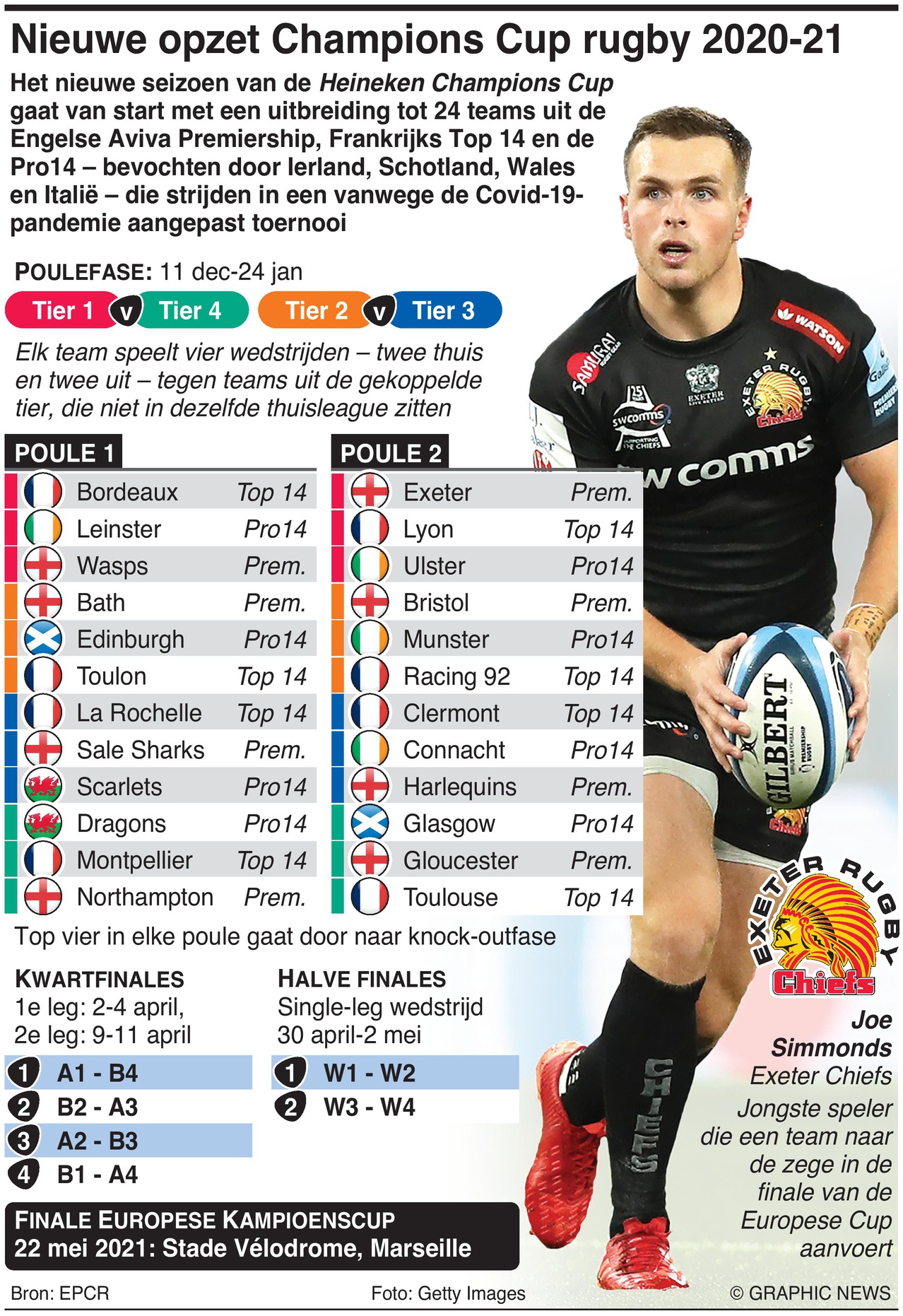 December 12, 2020 – May 22, 2021 – The new Heineken Champions Cup season kicks off with an expanded 24 teams from England’s Aviva Premiership, France’s Top 14 and the Pro14 — contested by Ireland, Scotland, Wales and Italy — competing in an adapted tournament, enforced by the Covid-19 pandemic

The new format will involve 24 teams divided into two pools, further separated into four tiers. Each team plays four matches — two home
and two away — against teams in paired tier, but not in same domestic league (Aviva Premiership, Top 14 and Pro14).

Top four teams in each pool advance to the knock-out stage, which start with the quarter-finals, played in a two-legged format for the first time. The semi-finals and final revert to a one-match showpiece.

The European Rugby Champions Cup (known as the Heineken Champions Cup for sponsorship reasons) is an annual rugby union tournament organised by European Professional Club Rugby (EPCR). It is the top-tier competition for clubs whose countries’ national teams compete in the Six Nations Championship

Famous Cuts Plus over haar modellen