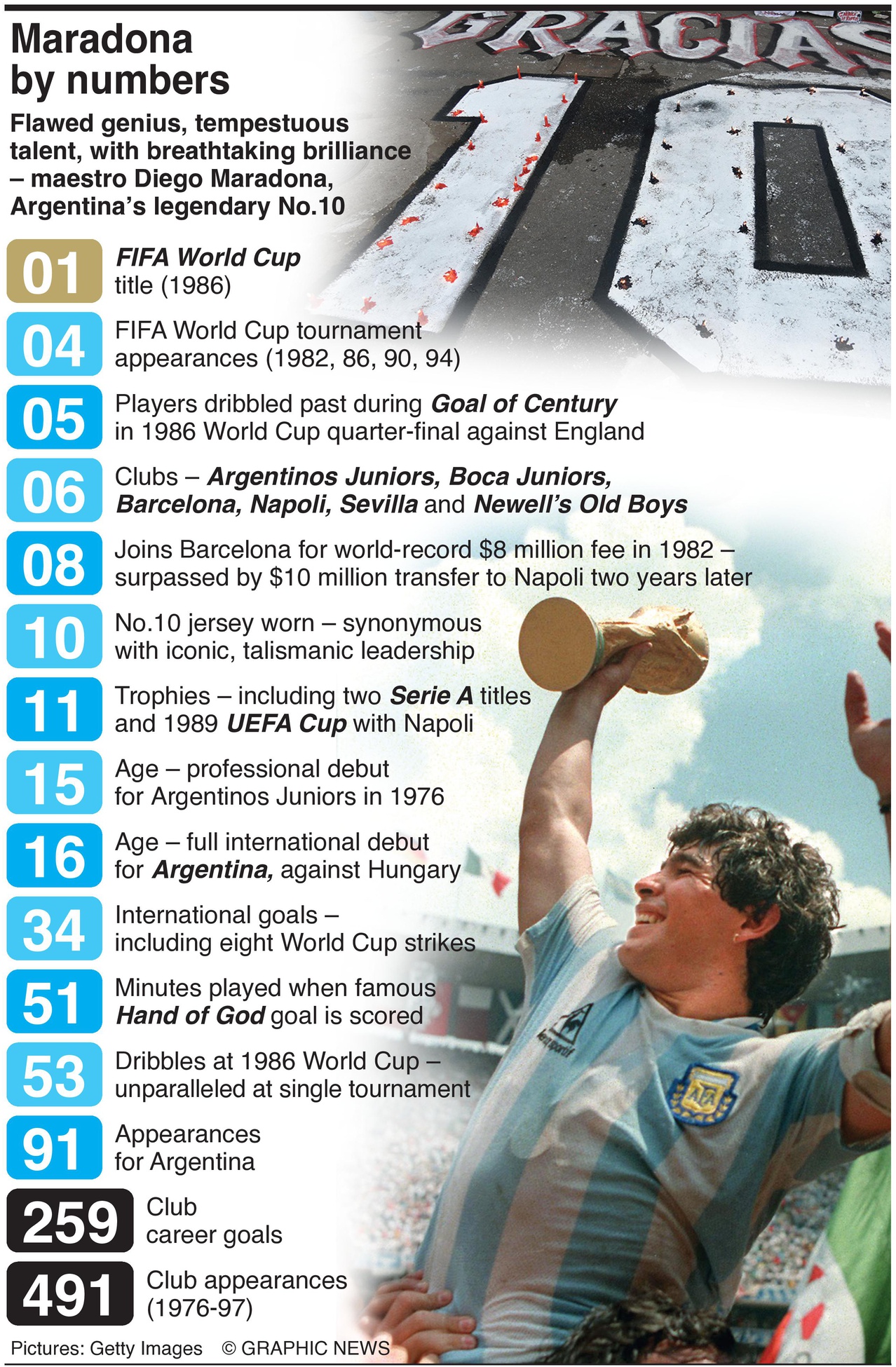 Maradona: A genius of the game

The office of Argentina’s president will decree three days of national mourning because of Maradona’s death on Wednesday, and the Argentine soccer association expressed its sorrow on Twitter.

Famed for the “Hand of God” goal in which he punched the ball into England’s net during the 1986 World Cup quarterfinals, Maradona captivated fans over a two-decade career with a bewitching style of play that was all his own.

Although his reputation was tarnished by his addictions and an ill-fated spell in charge of the national team, he remained idolized in soccer-mad Argentina as the “Pibe de Oro” or “Golden Boy.”

The No. 10 he wore on his jersey became synonymous with him, as it also had with Pele, the Brazilian great with whom Maradona was regularly paired as the best of all time.

Bold, fast and utterly unpredictable, Maradona was a master of attack, juggling the ball easily from one foot to the other as he raced upfield. Dodging and weaving with his low center of gravity, he shrugged off countless rivals and often scored with a devastating left foot, his most powerful weapon.