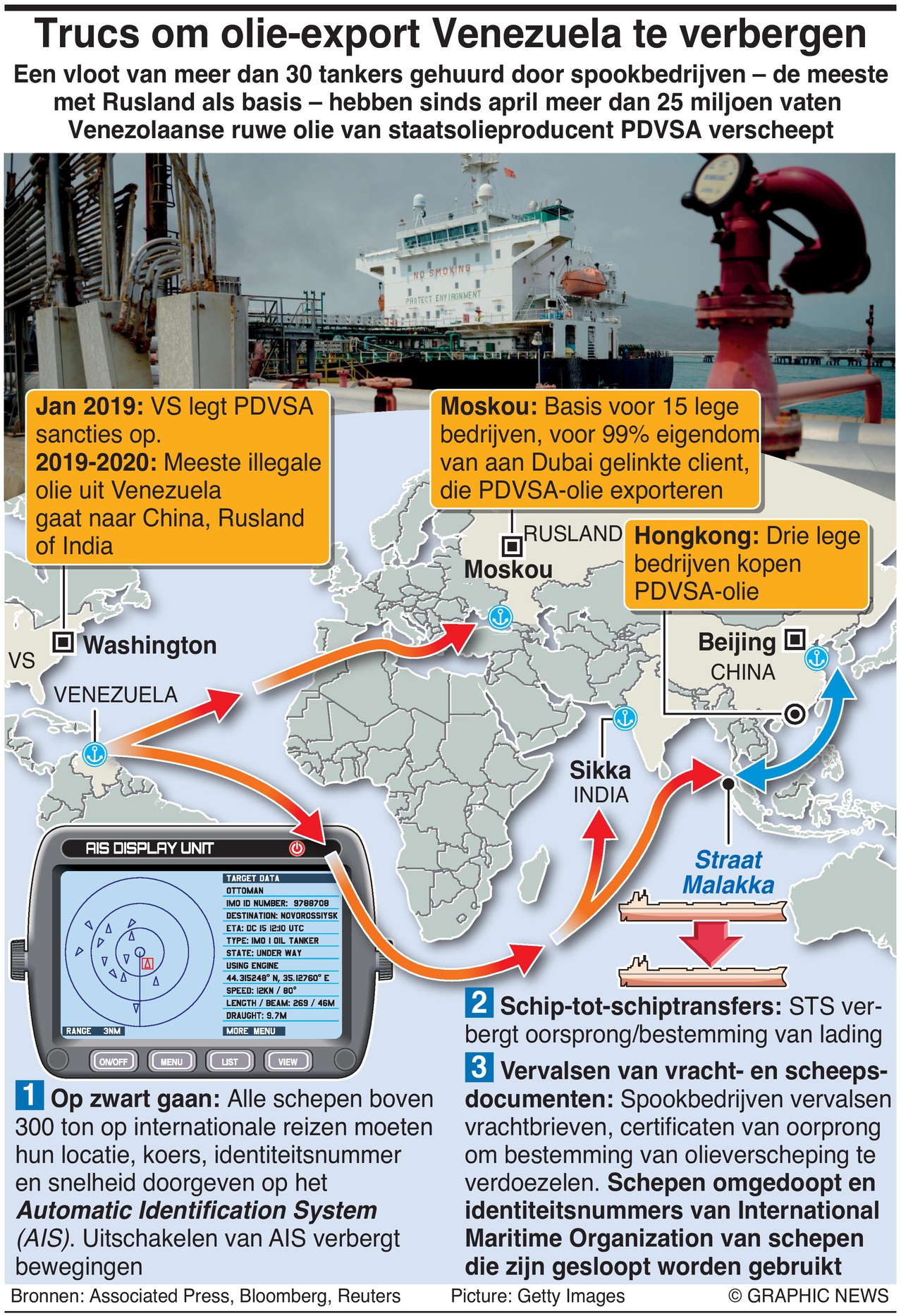 November 12, 2020 – A fleet of more than 30 tankers hired by phantom companies — most based in Russia — has shipped over 25 million barrels of Venezuelan crude from state oil producer PDVSA since April.

To break U.S. sanctions depriving Maduro of cash of Venezuela’s vast oil reserves, the embattled PDVSA has turned to tactics developed by Iran. To cloak the flow of Venezuela’s crude oil to Russia, China and India, shippers change vessels’ names and countries where they are registered. Other tactics include turning off location-tracking devices en route, transferring cargoes from ship to ship at sea, transferring ship ownership, and using shell companies to buy and run tankers.

A network of more than 20 phantom companies — 15 traced to Moscow and three to Hong Kong — have emerged this year as crucial buyers of Venezuelan crude. Between April and October, they shipped almost a quarter of Venezuela’s total oil exports, worth about $544 million at market prices.

Most of the tankers chartered by the phantom customers sailed to and from Venezuela with their location transponders turned off — a technique called a “going dark.” Ships can be renamed while the Automatic Identification System (AIS) is disconnected. Reactivating AIS often happens weeks after vessels leave Venezuelan waters.

According to International Maritime Organization guidelines, disconnecting a transponder is only recommended in exceptional circumstances — such as near a piracy zone — because it increases the risk of collision.