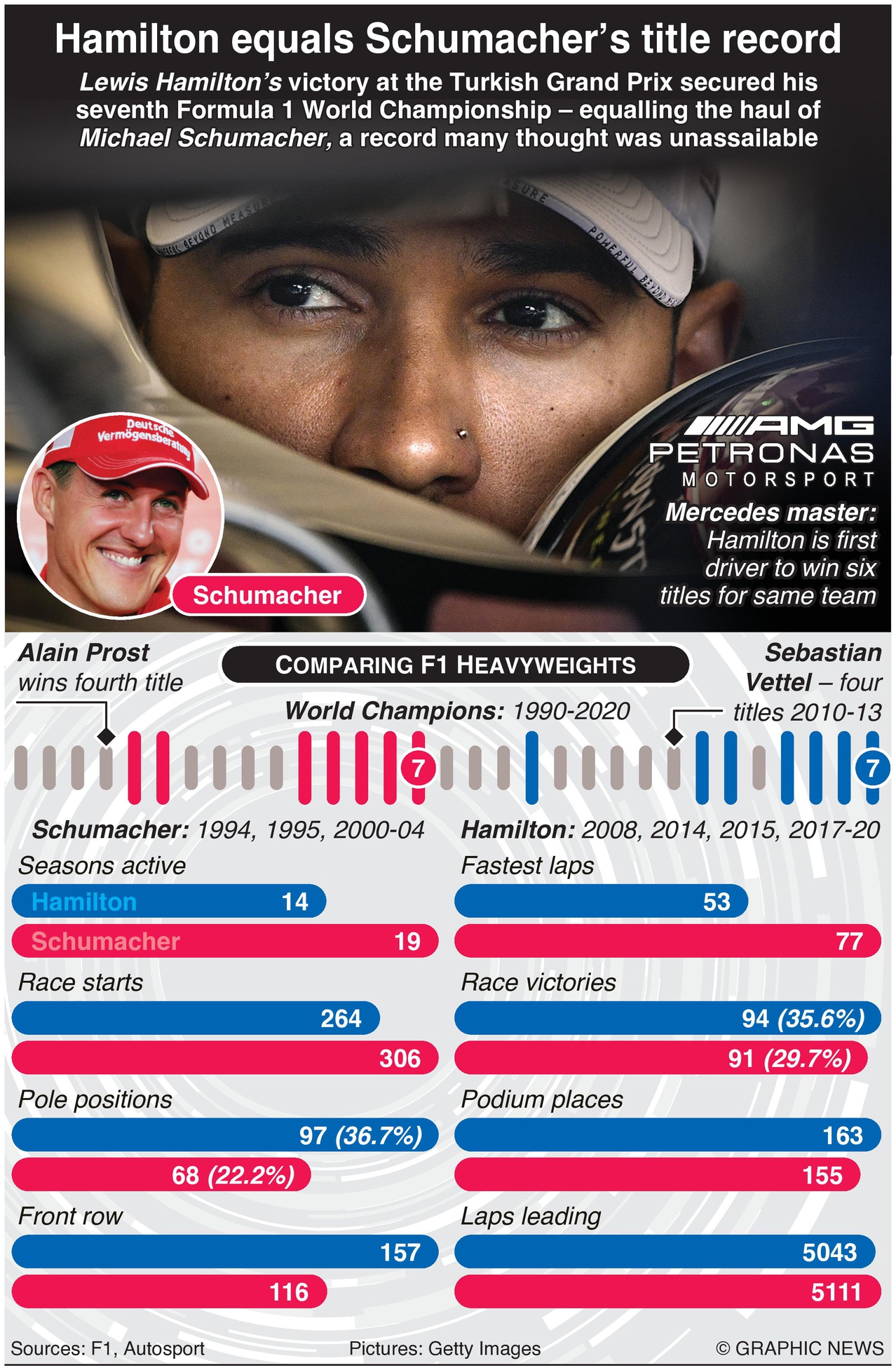 November 16, 2020 – Lewis Hamilton’s victory at the Turkish Grand Prix secured his seventh Formula 1 World Championship title, equalling the haul of Michael Schumacher, a record that many thought was unassailable.

Hamilton, who surpassed Schumacher’s total of 91 race wins in October, is already part of a select club of only five drivers with four or more titles. This group comprises Schumacher, five-time champion Juan Manuel Fangio, and four-time winners Sebastian Vettel and Alain Prost.

Hamilton made his debut for McLaren in 2007 at the age of 22, finishing third at the Australian Grand Prix, and sealing his first F1 title one year later to become the youngest ever World Champion — a record that was eclipsed by Vettel in 2010.

After moving to Mercedes, Hamilton reclaimed the championship in 2014 and 2015. He lost out to team mate Nico Rosberg in 2016, but stormed back to win four more world titles in successive years from 2017-20.

While he has yet to renew his contract with Mercedes for 2021, he is expected to fight for an eighth title that would claim the record outright.