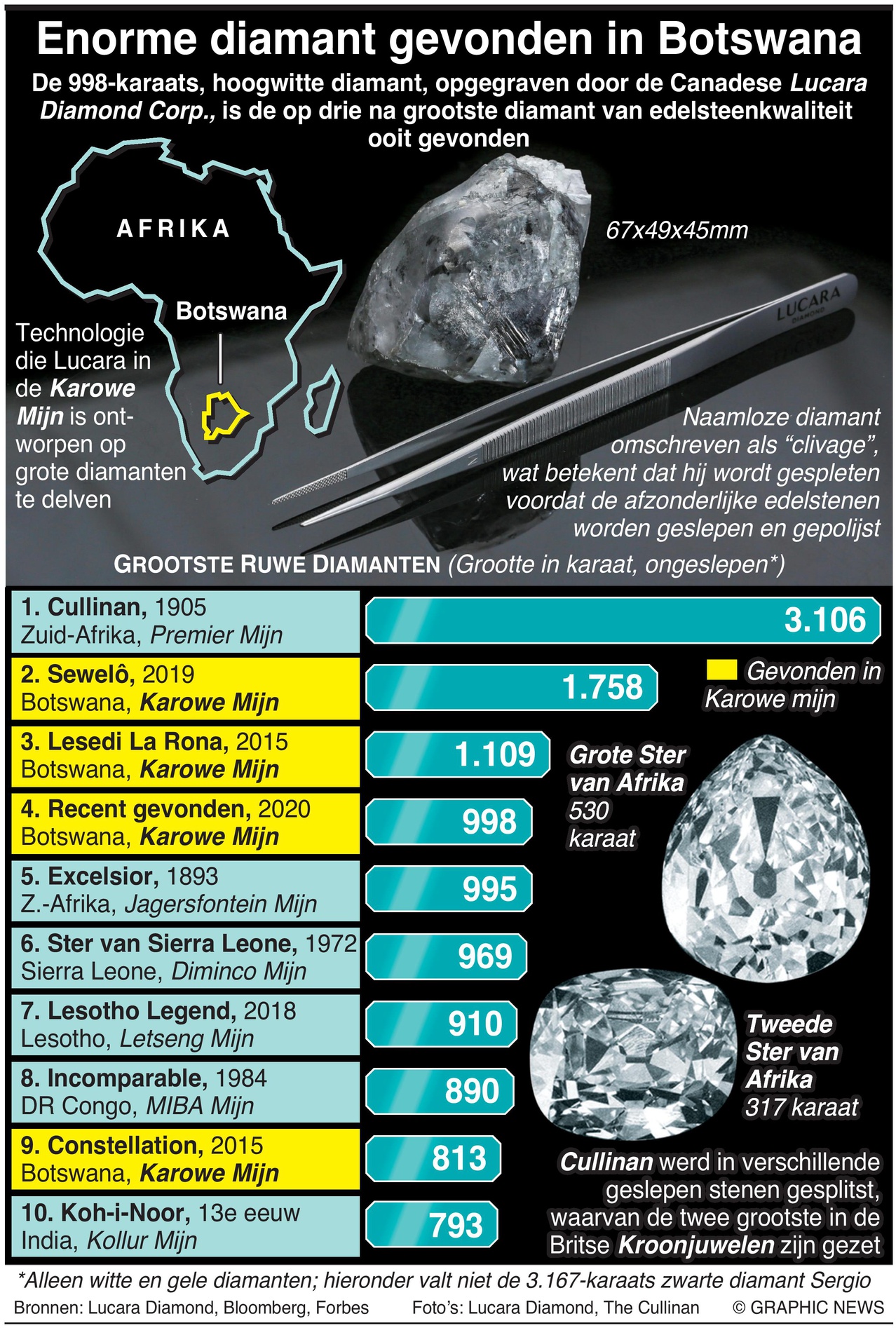 Technology used by Lucara at the Karowe Mine is specifically designed to unearth large diamonds.

Lucara’s Karowe mine is becoming famous for giant stones. In 2015, the company found the 1,109-carat Lesedi La Rona, which sold for $53 million, while the mine has also yielded a 813-carat Constellation stone that fetched a record $63 million. Lucara also discovered a 1,758-carat diamond called Sewelô last year.

The biggest diamond ever discovered is the 3,106-carat Cullinan, found near Pretoria in South Africa in 1905. It was cut into several polished gems, the two largest of which — the Great Star of Africa and the Second Star of Africa — are set in the Crown Jewels of Britain.