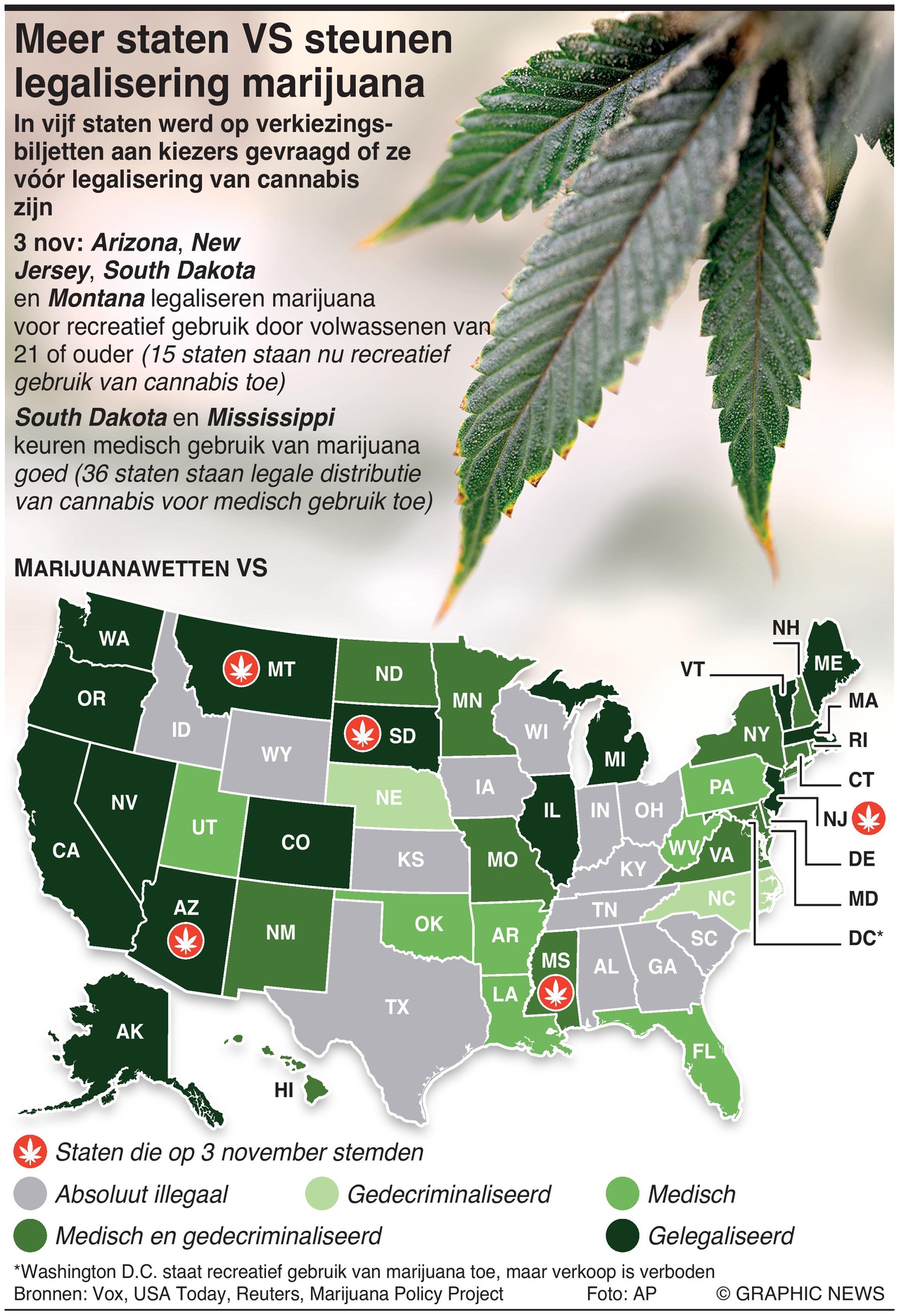 Election ballot papers in five states asked voters to decide on the legality of cannabis use.

American voters, even Republican ones, have shifted position on the U.S. war on drugs.

In all five states where a question on drugs was added to the ballot paper, voters sided with reformers.

All the proposals won by 5 or more percentage points, with Montana, Mississippi, and South Dakota being notably unusual – handing wins to President Donald Trump, but also to marijuana legalisation supporters.

Overall, the success of the ballot measures amounts to a sizeable rejection of America’s war on drugs.

For decades, U.S. drug policy has operated on the principle that drugs should be illegal. Voters from both sides of the political divide clearly want to move away from that.