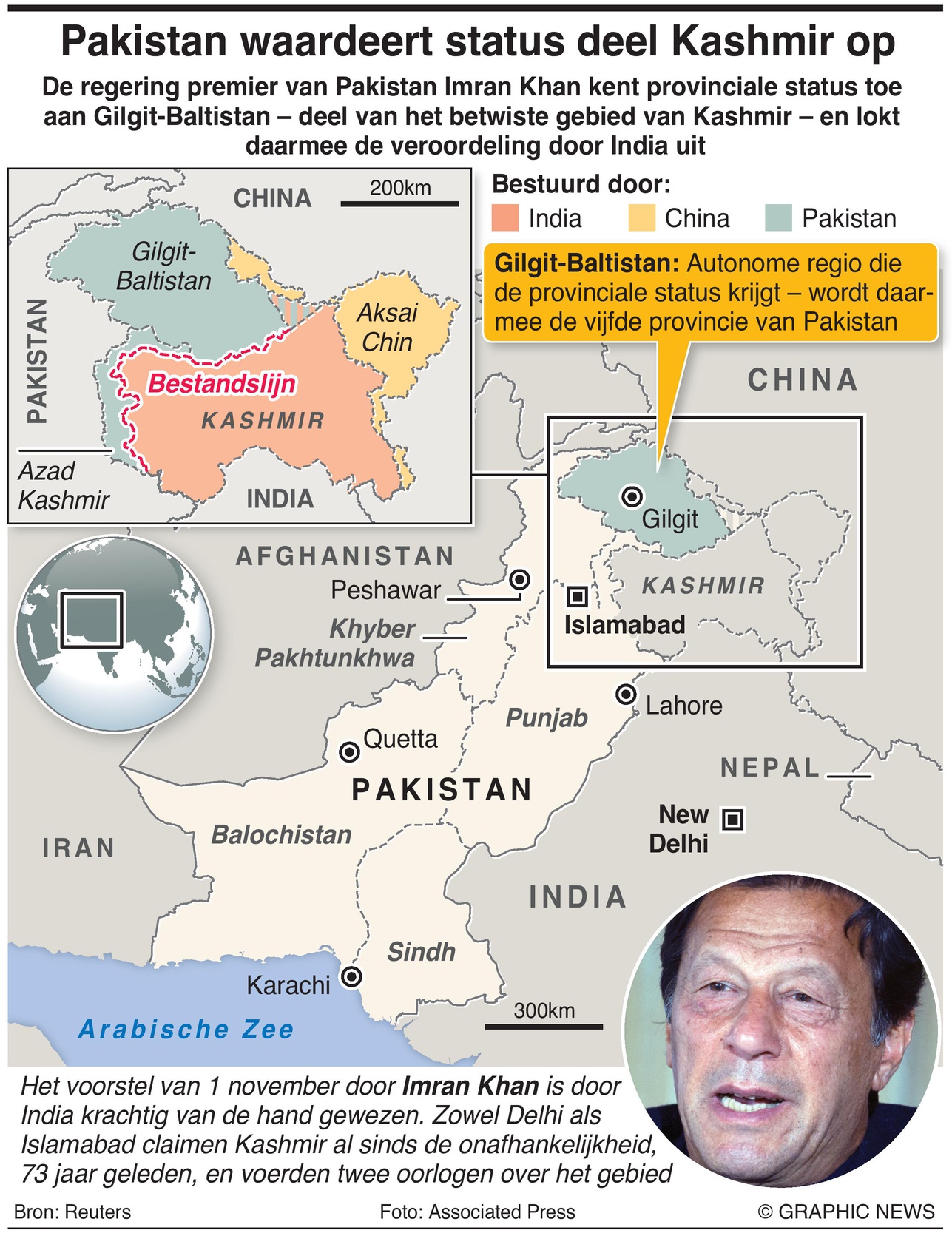 Pakistan’s Prime Minister Imran Khan has said his government will grant provincial status to Gilgit-Baltistan – part of the disputed territory of Kashmir – drawing condemnation from India, which has long objected to any such changes by Islamabad.

Khan formally announced the ”provisional provincial status” for Gilgit-Baltistan on Sunday at a public gathering in the city of Gilgit held to mark the 73rd independence day of the region.

Gilgit-Baltistan is administered by Pakistan and constitutes the northern portion of the greater Kashmir region. Both India and Pakistan have claimed all of Kashmir and have fought two wars over the territory, Reuters said.

Last year India angered Pakistan by announcing changes to the status of Kashmir, taking away some of the region’s privileges. Although Pakistani officials made no link between India’s prior move and Khan’s proposals, the Pakistani action is likely to be viewed in both countries as a partial tit-for-tat response.

Both sides control parts of Kashmir, which is divided between them by a United Nations-mandated “Line of Control”. UN observers are still stationed in the region.