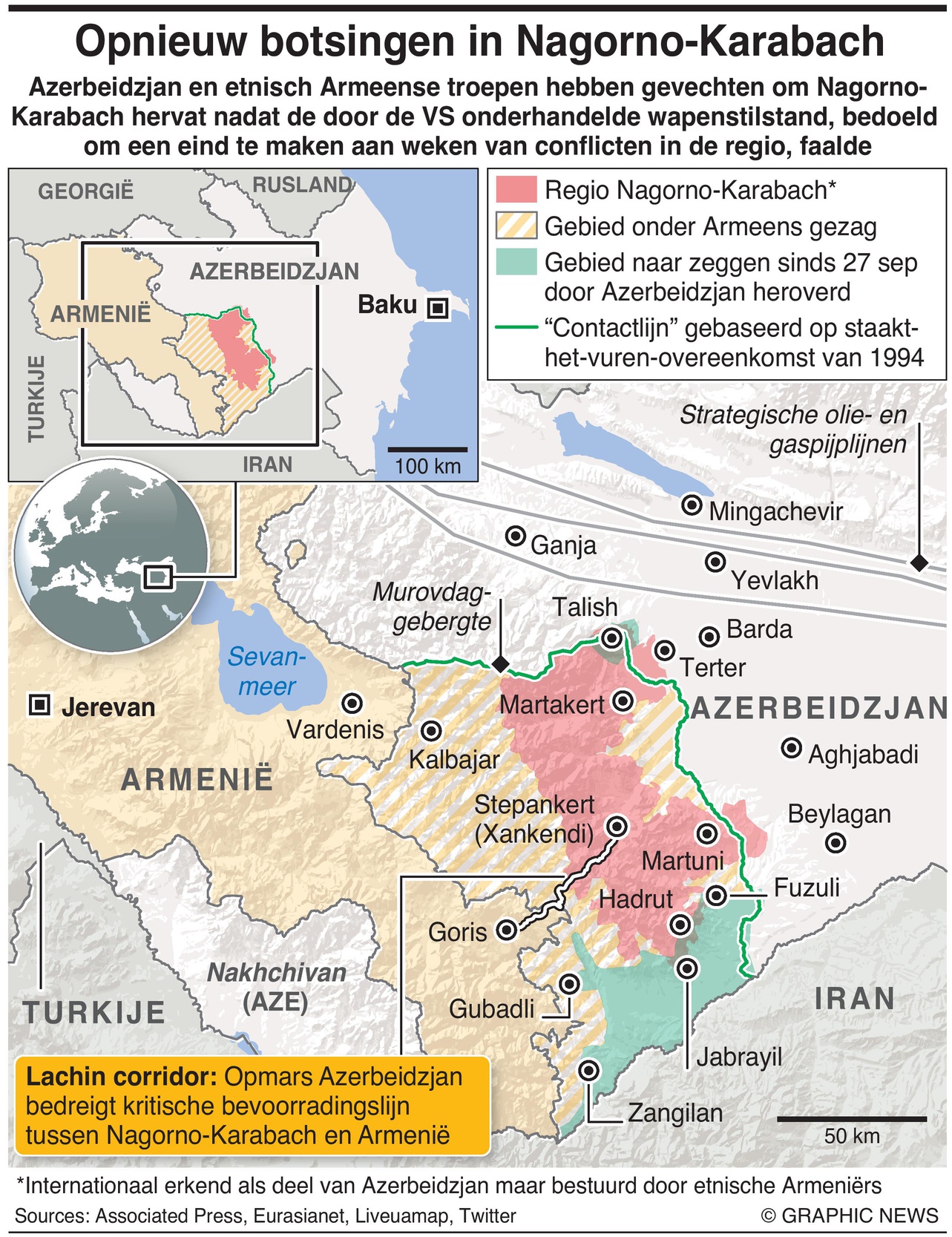 Azerbaijan and ethnic Armenian forces have resumed fighting over Nagorno-Karabakh following the collapse of a U.S.-brokered ceasefire aimed at ending weeks of conflict in the disputed region.

The truce that took effect Monday morning was agreed upon on Sunday after talks facilitated by the United States. It was a third attempt to establish a lasting ceasefire in the flare-up of a decades-old conflict and, just like the previous two, it was immediately challenged by claims of violation from both sides, AP said

Nagorno-Karabakh lies within Azerbaijan but has been under the control of ethnic Armenian forces backed by Armenia since a war there ended in 1994. The latest fighting that began on September 27 has killed hundreds of people and risks sucking Turkey and Russia into a regional conflict, Reuters said.