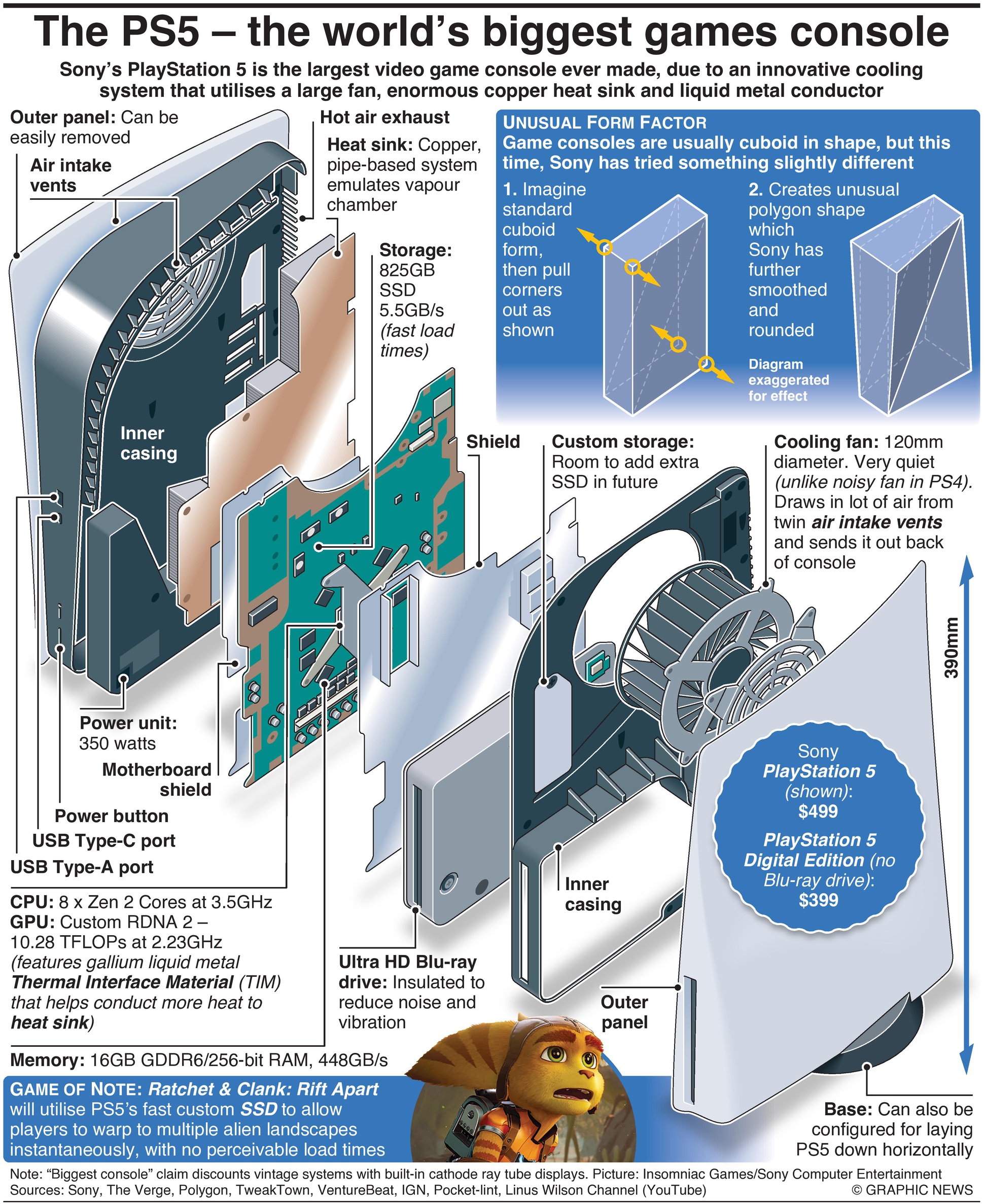 Why the PlayStataion 5 is the largest console ever made

Sony’s PlayStation 5 is the largest video game console ever made, due to an innovative cooling system that utilises a large fan, enormous copper heat sink and liquid metal conductor.

Sony’s PlayStation 5 is the biggest home video game system ever – omitting any vintage systems that came with cathode ray tube displays built into them.

The reason for this is purely its cooling system. Like its rival, the XBox Series X, the PS5 uses an enormous fan to help stop its powerful 8-core CPU and Radeon graphics processor from overheating and crashing.

The main bulk of the console’s internal space is occupied by a vast copper, pipe-based heat sink that emulates a vapour chamber. The main processor also features a liquid metal layer known as a Thermal Interface Material (TIM), that helps it conduct more heat away when under demanding loads.

The Playstation 5 is released in the U.S., Japan, Canada, Mexico, Australia, New Zealand and South Korea on November 12, and the rest of the world on Novebmber 19.