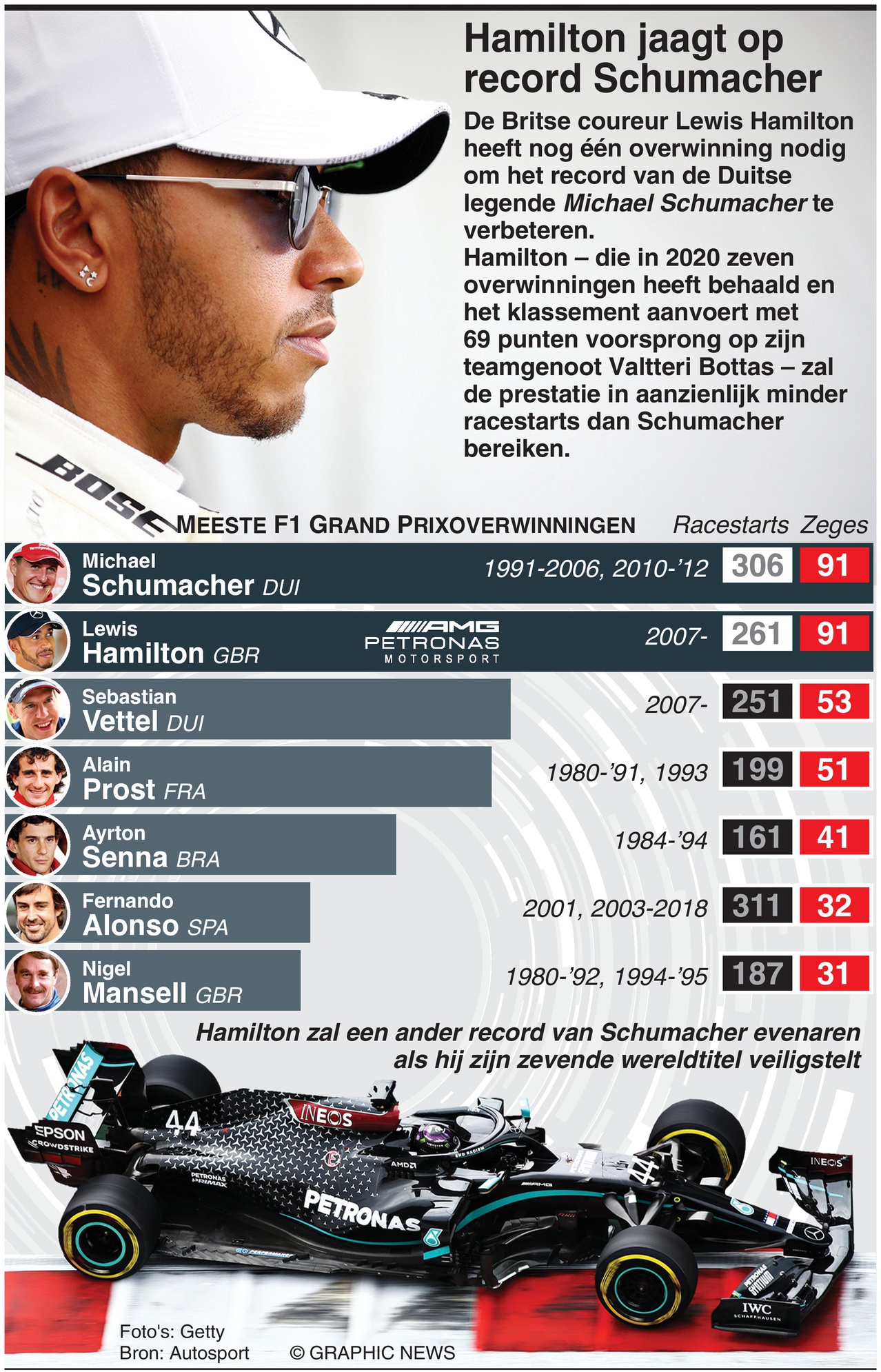 October 25, 2020 – The Portuguese GP, the 12th race of the Formula One 2020 season, takes place at the Autodromo Internacional do Algarve in Portimao. British driver Lewis Hamilton needs just one more race victory to overhaul the record of German legend Michael Schumacher, and is set to achieve the feat in considerably fewer race starts than Schumacher.

Hamilton, who has amassed seven wins in 2020 and leads the standings by 69 points over teammate Valtteri Bottas, will equal another of Schumacher’s records if he secures his seventh World Championship title. He is already part of a select club of only five drivers with four or more titles, comprising Schumacher, five-time champion Juan Manuel Fangio, and four-time winners Sebastian Vettel and Alain Prost.

Hamilton made his debut for McLaren in 2007, aged 22, finishing third in Melbourne, Australia, and sealing his first F1 title one year later to become the youngest ever World Champion — a record eclipsed by Vettel in 2010.

He reclaimed the championship in 2014 and 2015, and secured three more world titles in successive years from 2017-19.