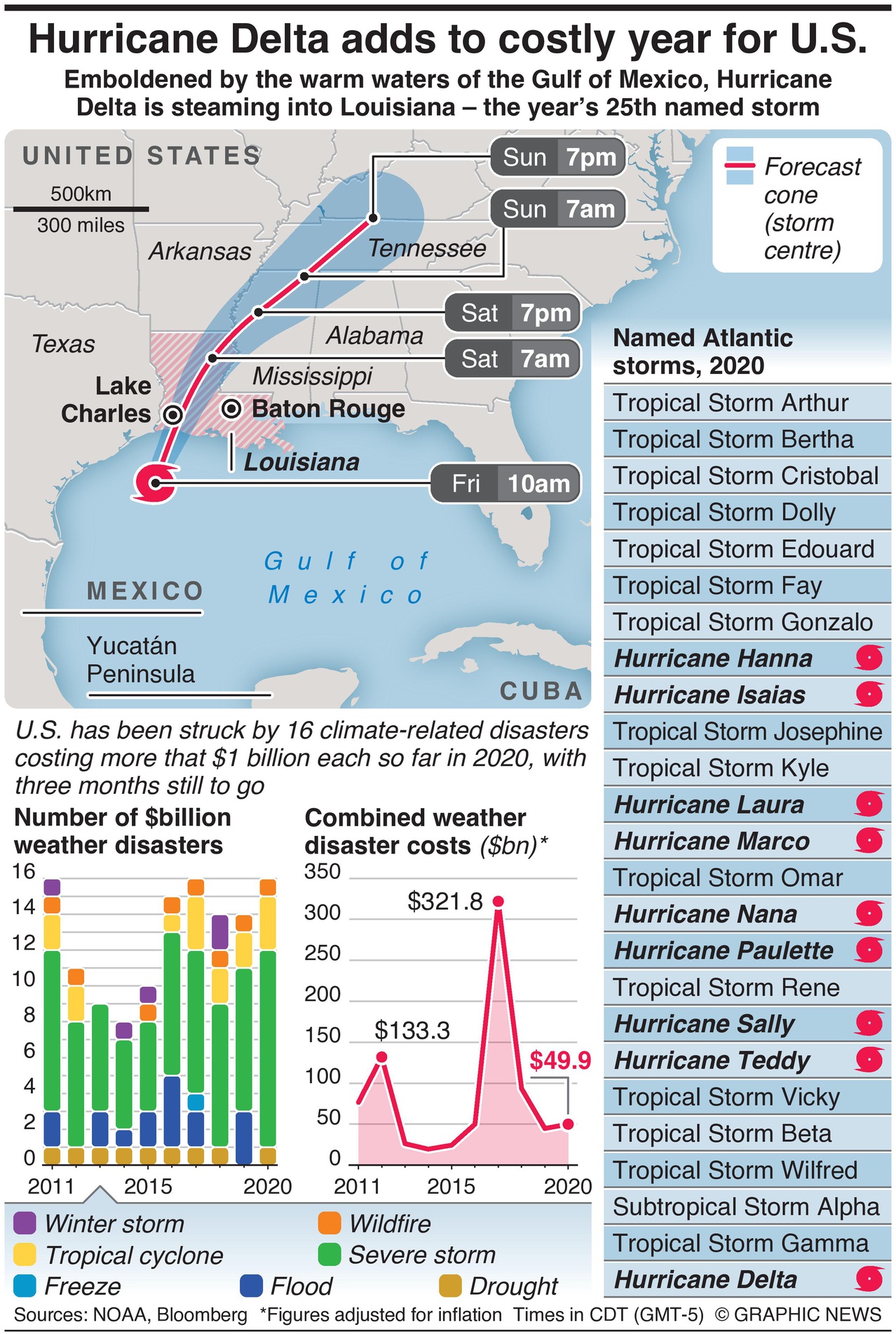 Emboldened by the warm waters of the Gulf of Mexico, Hurricane Delta is steaming into Louisiana – the year’s 25th named storm.

Hurricane Delta has battered Mexico’s Yucatán Peninsula and is now barrelling towards the Louisiana coast, the warm waters of the Gulf of Mexico fuelling the tropical cyclone’s strength.

The National Oceanic and Atmospheric Administration (NOAA) says the U.S. has been struck by 16 climate-related disasters costing more that $1 billion each so far in 2020 – tying with previous record-holding years, 2011 and 2017.

With three months still to go in 2020, and with hurricane season officially running until November 30, more costly storms could be on the way.

Add to the mix a fusion of California wildfires that began in August, and one can see why costs this year have reached just shy of $50 billion. The west coast inferno has become the first recorded “gigafire” — a new term for a blaze that burns at least a million acres (405,000 hectares) of land.

As more heat is trapped within Earth’s atmosphere, so too air and water holds more energy to feed storms. Last month was globally the hottest September on record, with temperatures in the U.S. 1.3°C above the 20th century average.