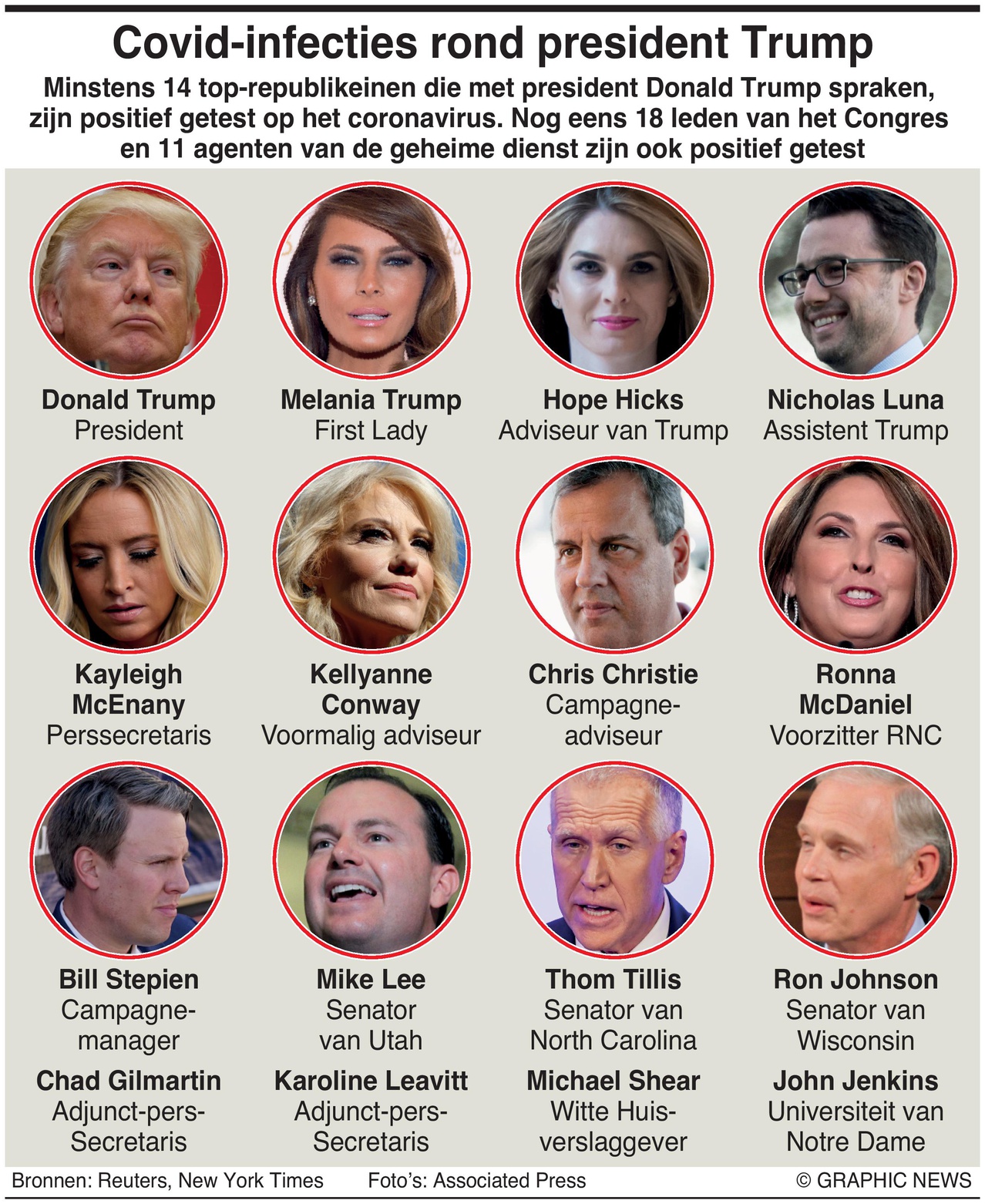 At least 14 top Republicans who met with President Donald Trump over the past ten days have tested positive for coronavirus. A further 18 members of Congress — 10 Republicans and eight Democrats — and 11 Secret Service agents have also tested positive.

Known cases of coronavirus at or near the White House include Nick Luna, Trump’s so-called “body man.” Luna, who runs Oval Office operation, accompanied Trump on his trip to Cleveland for the presidential debate and was also aboard Air Force One when Hicks first began experiencing symptoms.

A White House Rose Garden celebration for Judge Amy Coney Barrett, on September 26, has been linked to the infections. At least 11 people, including the president, may have become infected at the ceremony. Senators Thom Tillis and Mike Lee tested positive for Covid after attending the ceremony.

Herman Cain, a former Republican presidential candidate and Trump ally died from the virus in July after attending a Trump campaign rally in Tulsa, Oklahoma.

Just hours after McEnany tested positive, Trump again dismissed the pandemic that has killed more than 210,000 people in the United States, telling Americans “don’t be afraid of it.”