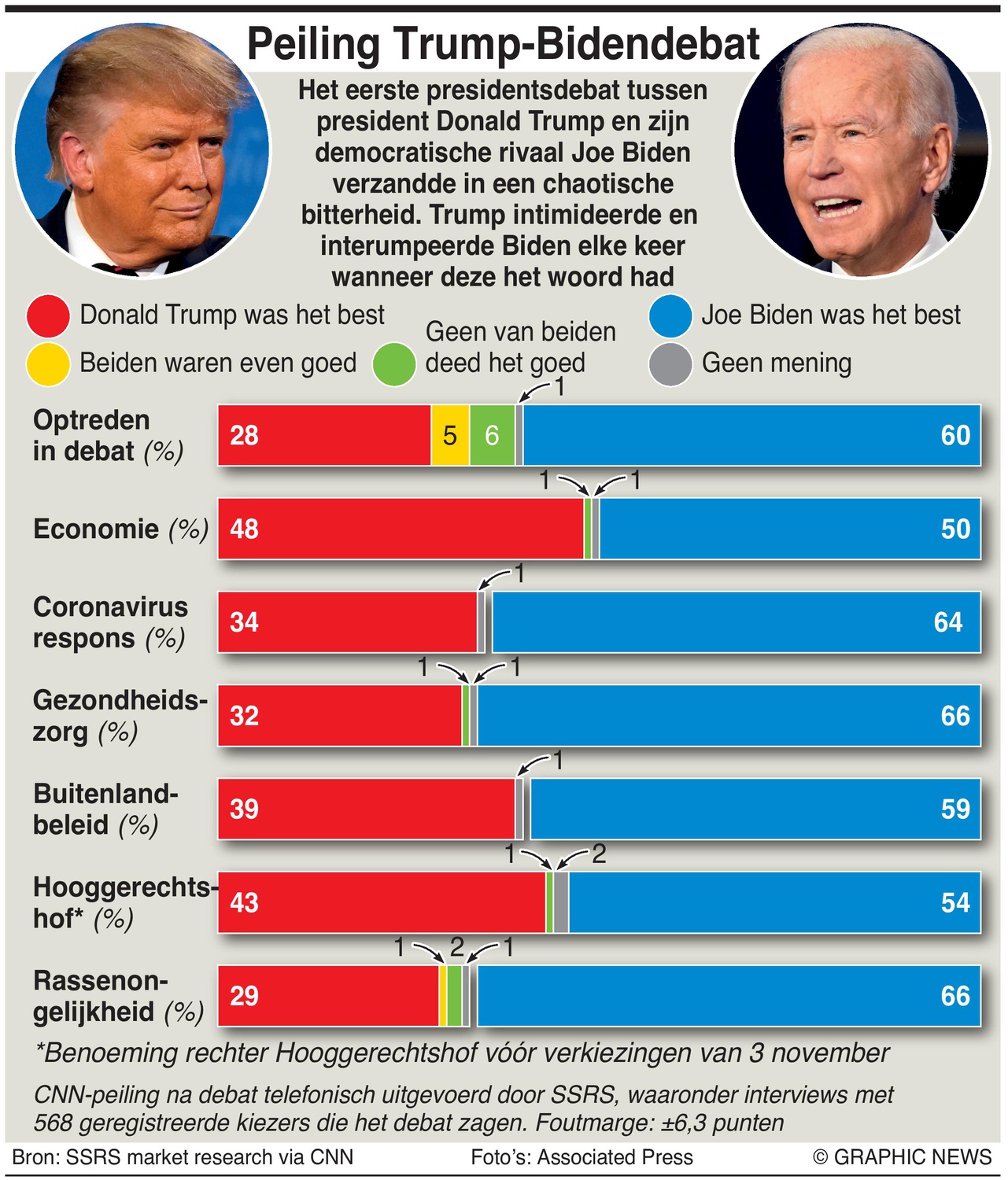 Six in 10 debate watchers (60%) said former Vice President Joe Biden did the best job in Tuesday’s debate, and just 28% say President Donald Trump did, according to a CNN poll of debate watchers conducted by SSRS.

Beyond widespread praise for his performance, voters who watched the debate broadly said that they trusted the former vice president over the current President on significant issues. On racial inequality, 66% trust Biden more, against 29% for Trump. Health care (66% Biden to 32% Trump), the coronavirus outbreak (64% Biden to 34% Trump) and Supreme Court nominations (54% Biden to 43% Trump).

On the economy, though, voters who watched the debate split, with 50% saying they preferred Biden and 48% Trump.

CNN pointed out that the survey is representative of those registered voters who watched Tuesday’s debate, it does not represent the v