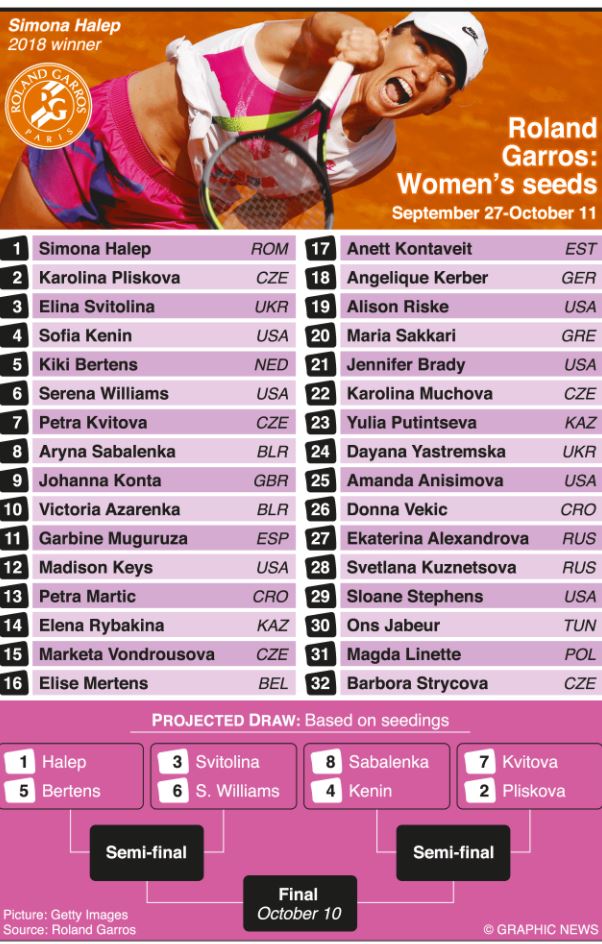 September 27, 2020 – October 11, 2020 – The final Grand Slam tournament of the year takes place in Paris, France, as tennis returns to the clay courts of Roland Garros. Traditionally played in May-June, the showpiece has been delayed due to the coronavirus pandemic.

2018 champion Simona Halep heads the women’s seeds at Roland Garros, having won her last two clay court tournaments in Prague and at the Premier 5 Italian Open in Rome.

Karolina Pliskova is seeded No.2, with Elina Svitolina at No.3 — both aiming to secure maiden Grand Slam titles — while U.S. Open champion Sofia Kenin is at No.4 seed.

World No.1 Ashleigh Barty, Naomi Osaka and Bianca Andreescu are among notable absentees.