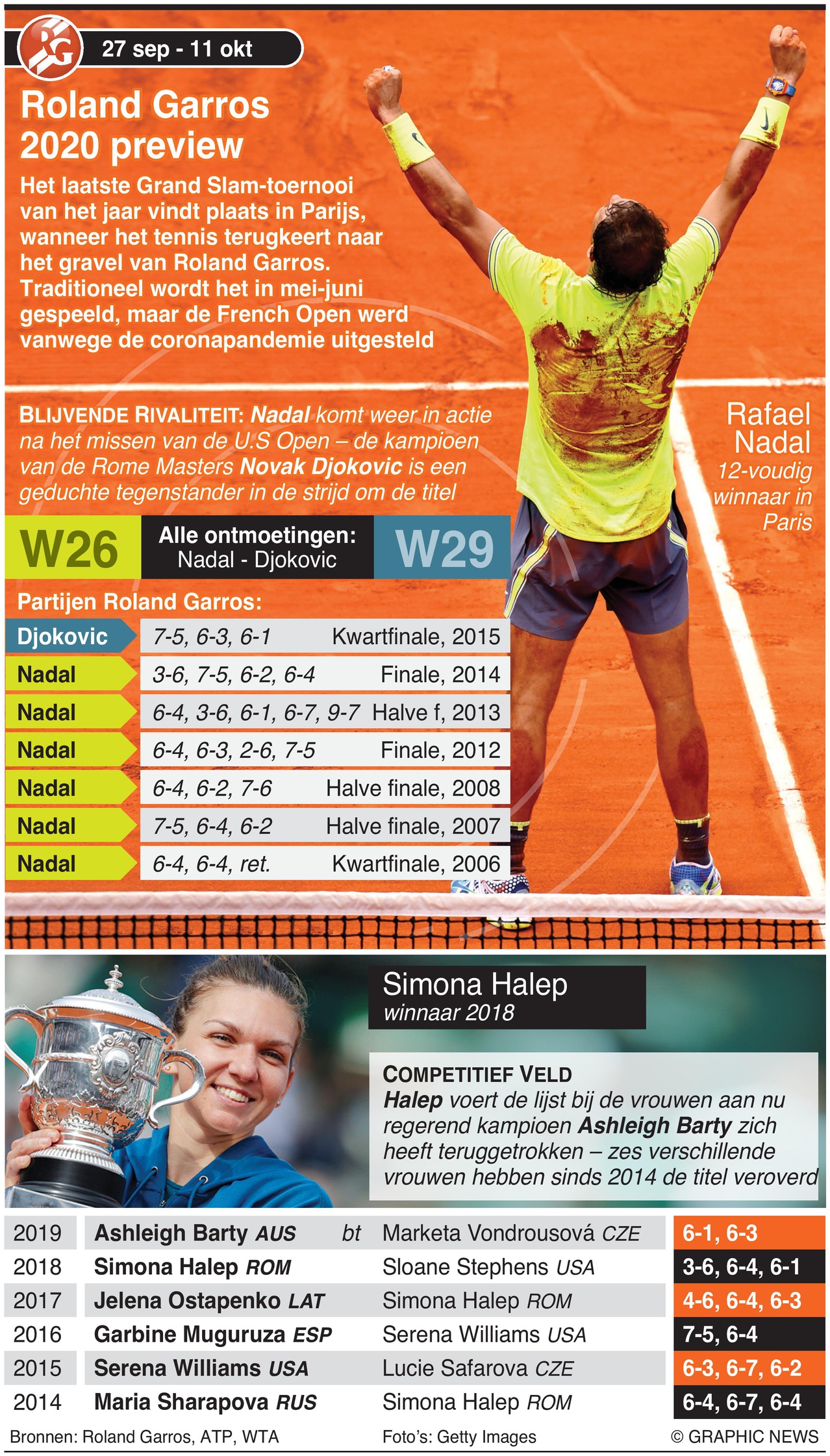 September 27, 2020 – October 11, 2020 – The final Grand Slam tournament of the year takes place in Paris, France, as tennis returns to the clay courts of Roland Garros. Traditionally played in May-June, the showpiece has been delayed due to the coronavirus pandemic.

The concept of clay courts dates from 1880 when powdered terracotta was used in Cannes to cover grass courts wilting in the heat.

The inaugural French Clay-Court Championships, limited to club members only, were played in 1891. The tournament was opened to international players in 1925, becoming the French Open. A designated court complex opened three years later, named in honour of Roland Garros, a pioneer French aviator killed in World War I.

Notable champions at Roland Garros include Spain’s Rafael Nadal, who has won the Coupe de Mousquetaires 12 times, a record number of singles titles for any of the four Grand Slam tournaments. American Chris Evert tops the women’s table, winning the Coupe Suzanne Lenglen seven times between 1974 and 1986.

A major expansion that included the complete rebuilding of the 90-year-old Court Philippe Chatrier to accommodate a retractable roof was completed in early 2020. A key reason, perhaps, why organisers were so keen that the tournament should not fall victim to the coronavirus.