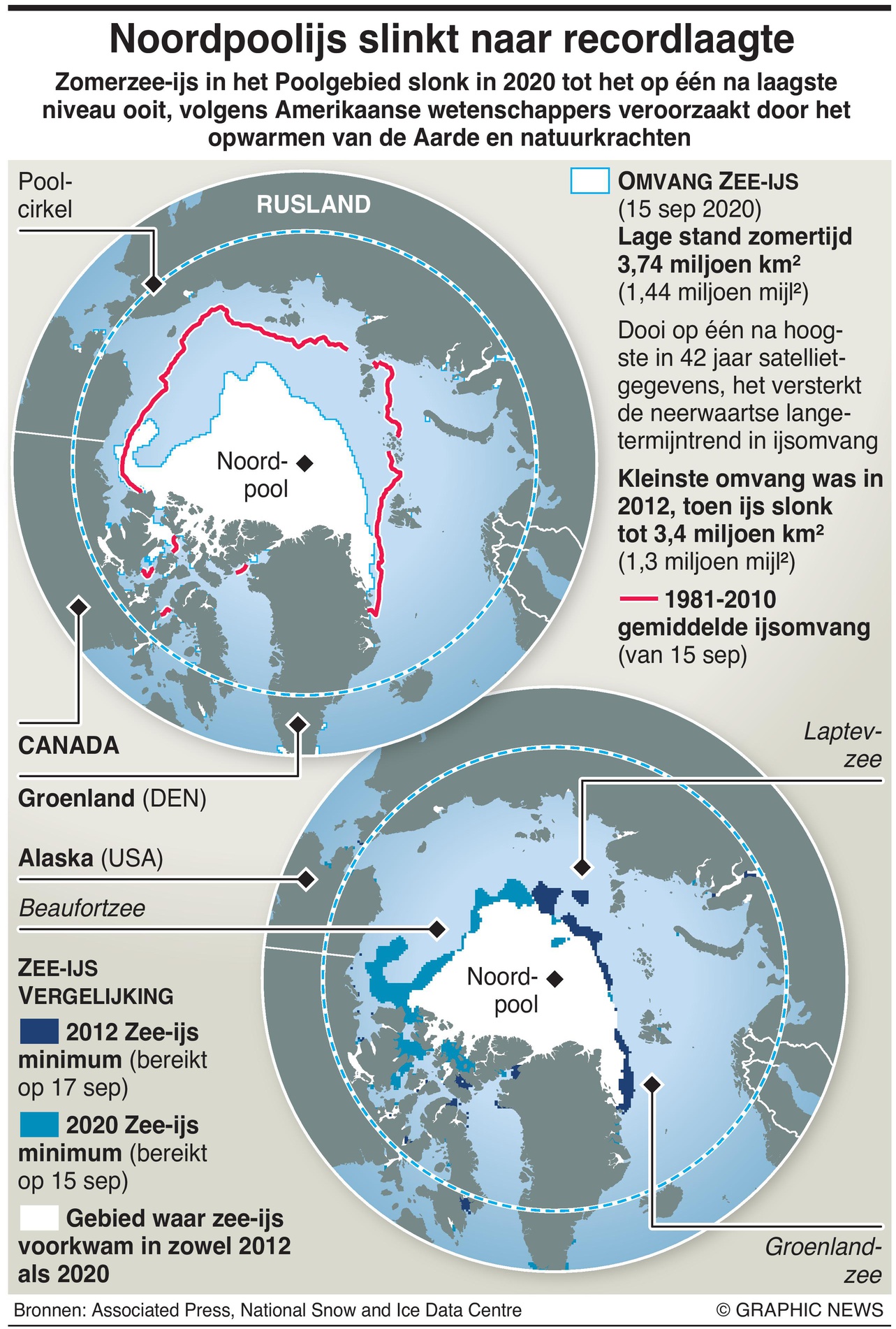 This year’s melt is second only to 2012, when the ice shrank to 3.4 million square kilometres (1.3 million square miles), according to the National Snow and Ice Data Centre.

Arctic sea ice reaches its low point in September and its high in March after the winter.

Data centre director Mark Serreze said a Siberian heat wave last spring and a natural Arctic climate phenomenon were at play as well as the warming from the burning of coal, oil and natural gas. Temperatures for much of the year were 8 to 10 degrees Celsius (14-18°F) above normal in the Siberian Arctic.