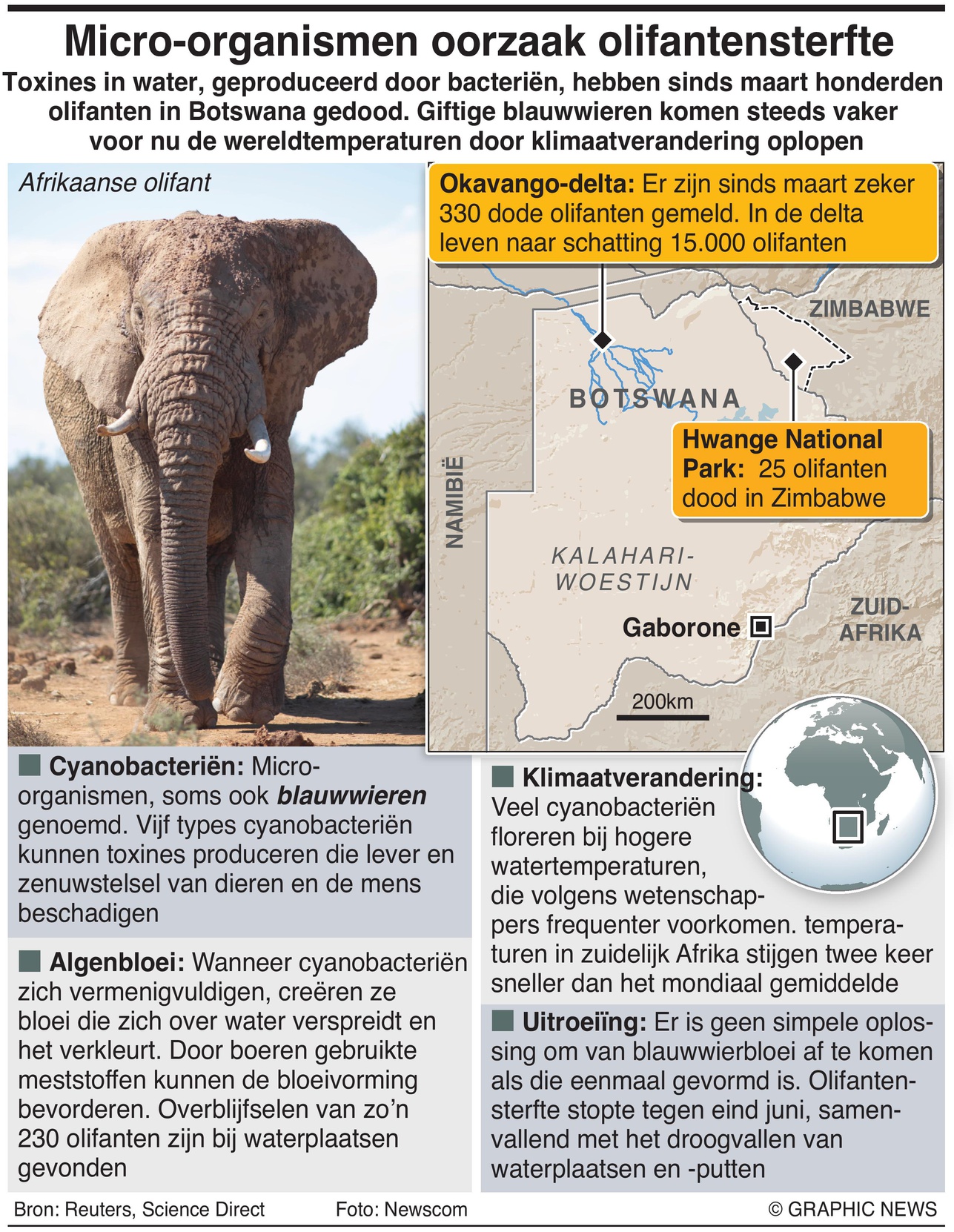 oxins in water, produced by bacteria, have killed hundreds of elephants in Botswana since March. Toxic cyanobacteria are occurring more frequently as climate change drives up global temperatures.

In Botswana’s Okavango Delta, at least 330 elephants have died since March. The delta is home to an estimated 15,000 pachyderms.

“The deaths were caused by poisoning due to cyanobacteria which was growing in pans” — watering holes — the principal veterinary officer of the Department of Wildlife and National Parks, Mmadi Reuben, told reporters.

Reuben said the deaths had “stopped towards the end of June 2020, coinciding with the drying of pans.”

Botswana boasts the world’s largest elephant population, estimated at around 130,000.