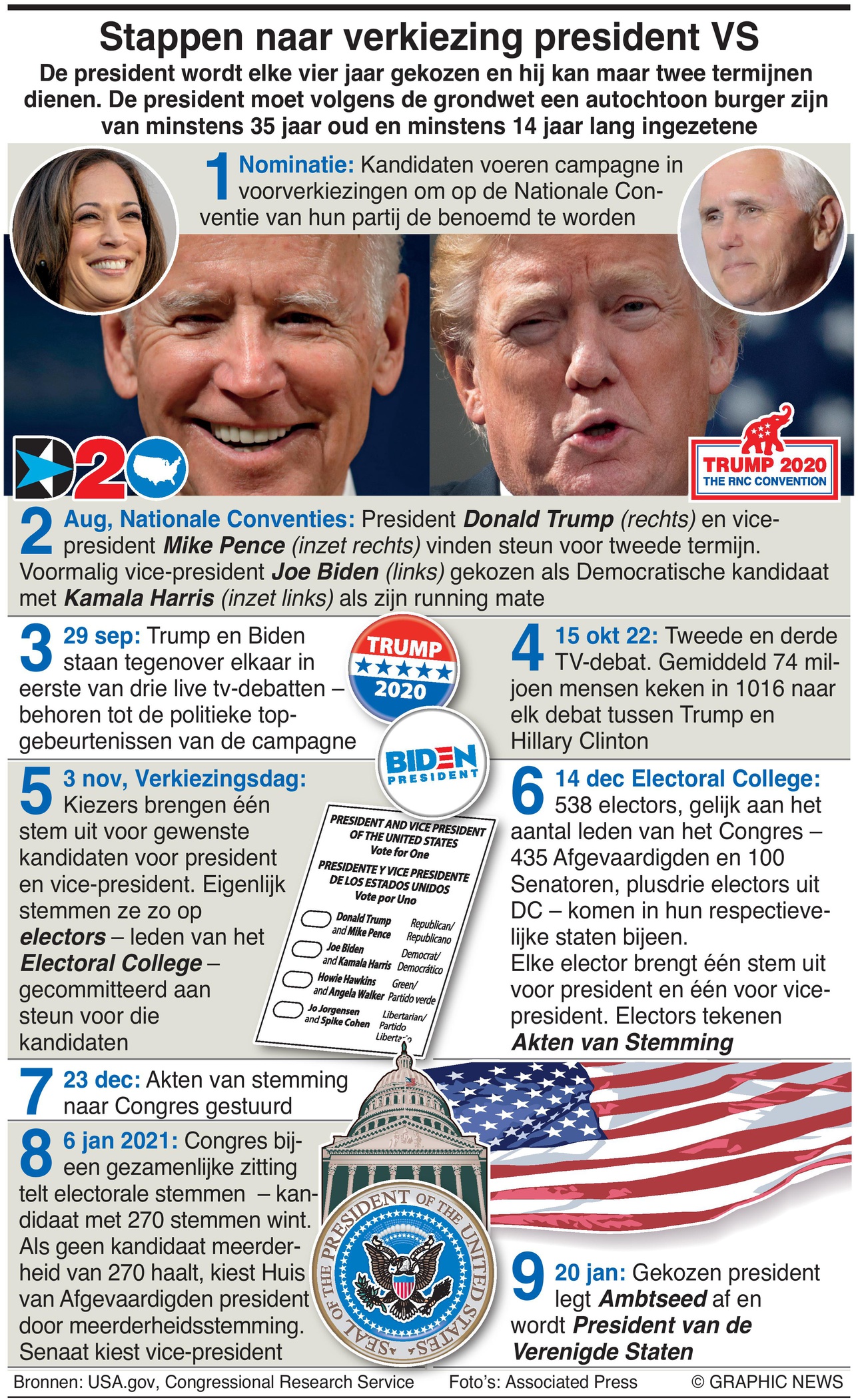 Contrary to popular belief, American voters do not directly elect their president. When citizens go to polls, they vote for “electors” — members of an Electoral College whose sole purpose is to select the president and vice president of the United States.

Since 2000, this has resulted in candidates twice winning the national popular vote but losing the White House in the Electoral College. In 2016, Hillary Clinton won the popular vote by 65.8 million to Donald Trump’s 63.0 million — a majority of 2.8 million ballots. However, the Electoral college handed the presidency to Trump with just 24 per cent of the 253.9 million voting-age population.

The Electoral College comprises 538 electors, representing 100 Senators, 435 House Representatives and three from the District of Columbia.

Because each state gets two electors for their two senators, the system gives an advantage to less populous rural states which tend to be Republican strongholds.

In the 48 “winner-take-all” states, the candidate who wins the majority of individual votes gets all the electoral votes. So, for example, the voice of a Democrat in Wyoming is meaningless because the state is predominantly red and all of its electoral votes go to the Republican candidate.

Because of these imbalances, voter turnout in the last presidential election didn’t even hit the 51 per cent mark. A poll carried out in March 2020 by the Pew Research Center found a majority of U.S. adults (58 per cent) support selecting the president by the popular vote.