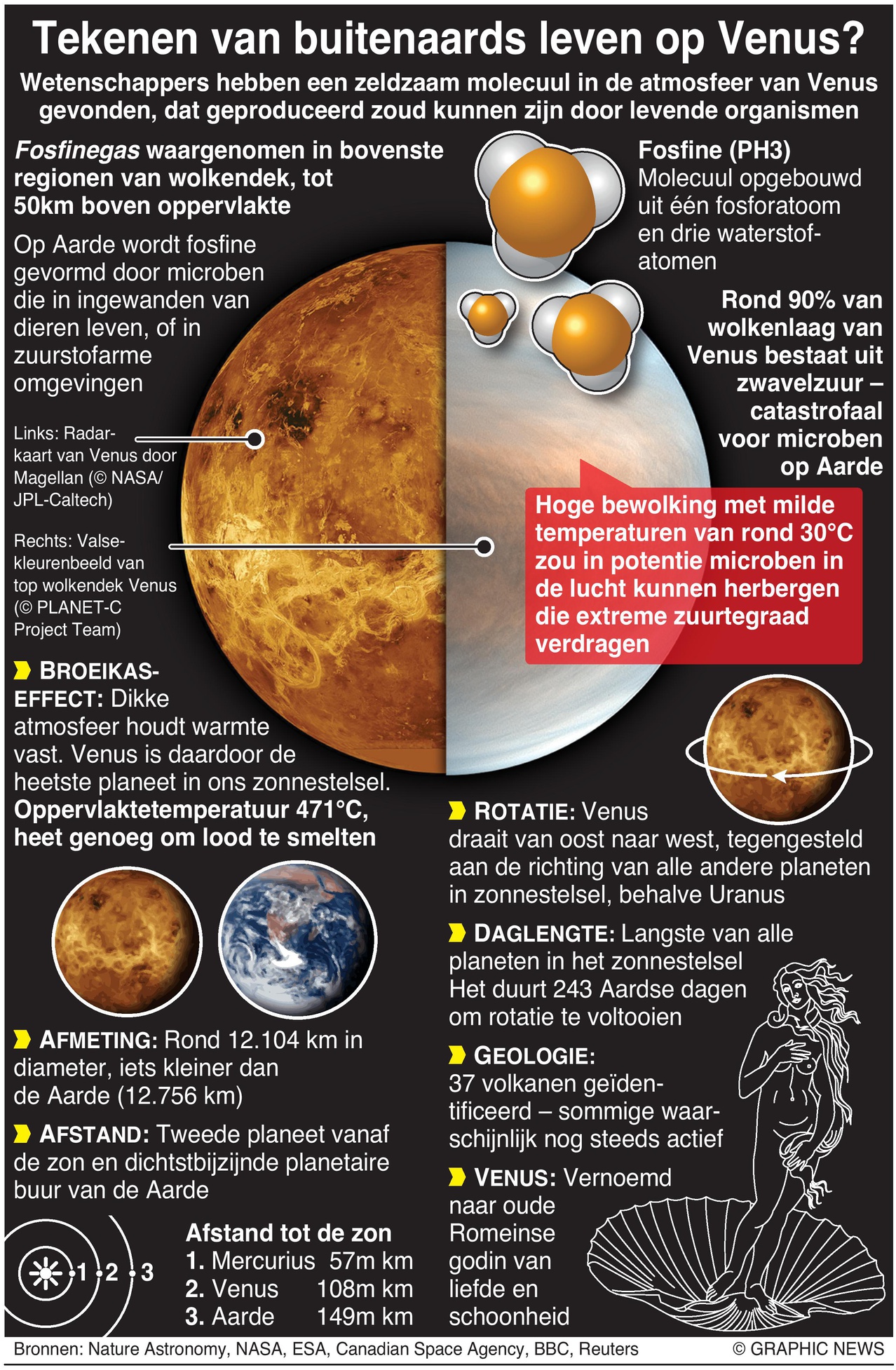 Scientists have detected a rare molecule in the atmosphere of Venus that could be produced by living organisms.

Two telescopes in Hawaii and Chile spotted the highly intriguing presence of the chemical phosphine near the top of the acidic clouds that blanket the planet.

On Earth, phosphine (PH3) – a molecule made up of one phosphorus atom and three hydrogen atoms – is associated with life, with microbes living in the guts of animals like penguins, or in oxygen-poor environments such as swamps.

Temperatures on the surface of Venus are around 425 degrees Celsius, but 50km above ground, in the thick carbon-dioxide layer cloud deck, it’s about room temperature or slightly warmer. Venusian clouds contain mostly sulphuric acid that is a billion times more acidic than what’s found on Earth.

The astronomers hypothesize that high clouds with mild temperatures of around 30 degrees Celsius could potentially harbour aerial microbes able to endure extreme acidity.

The phosphine could be coming from some kind of microbes, probably single-cell ones, inside those sulphuric acid droplets, living their entire lives in the clouds.

Life is definitely a possibility, but more proof is needed, several outside scientists said.