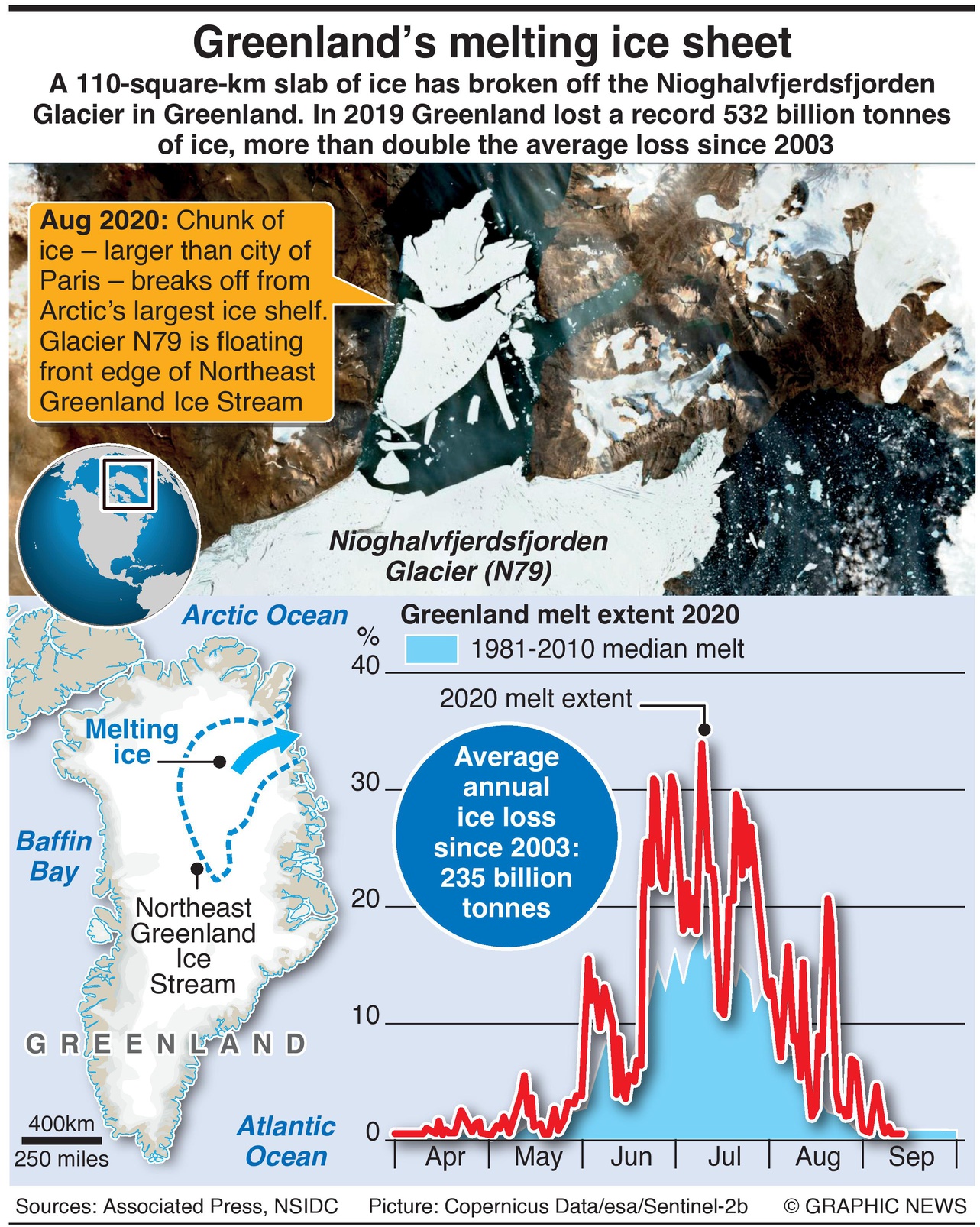 A 110-square-km slab of ice has broken off the Nioghalvfjerdsfjorden Glacier in Greenland. In 2019 Greenland lost a record 532 billion tonnes of ice, more than double the average loss since 2003.

The vulnerable glacier, known as N79, is part of a broader flow of ice called the Northeast Greenland Ice Stream, situated where it flows off the land and into the ocean.

At its leading edge, the N79 glacier splits in two, with a minor offshoot turning directly north. It’s this offshoot, or tributary, called Spalte Glacier, that has now calved.

N79 became the “largest remaining Arctic ice shelf only fairly recently, after the Petermann Glacier in northwest Greenland lost a lot of area in 2010 and 2012,” explained Prof Jason Box from the Geological Survey of Denmark and Greenland (GEUS).

Hundreds of fjords indent Greenland’s coastline, filled with glaciers ending in tongues of floating ice that periodically break off into chunks, or calve. The 600-kilometre-long Northeast Greenland Ice Stream is one of the island’s most extensive, draining about 15% of the interior ice sheet.

In July another large ice shelf structure in the Arctic lost significant area — the Milne Ice Shelf on the northern margin of Canada’s Ellesmere Island lost 80 sq km. Milne was the largest intact remnant from a wider shelf that covered 8,600 sq km at the start of the 20th Century.

The summer of 2019 shattered all records with 532 billion tonnes of ice melting in Greenland, according to satellite measurements reported in a study in August. That’s far more than the yearly average loss of 235 billion tonnes since 2003.