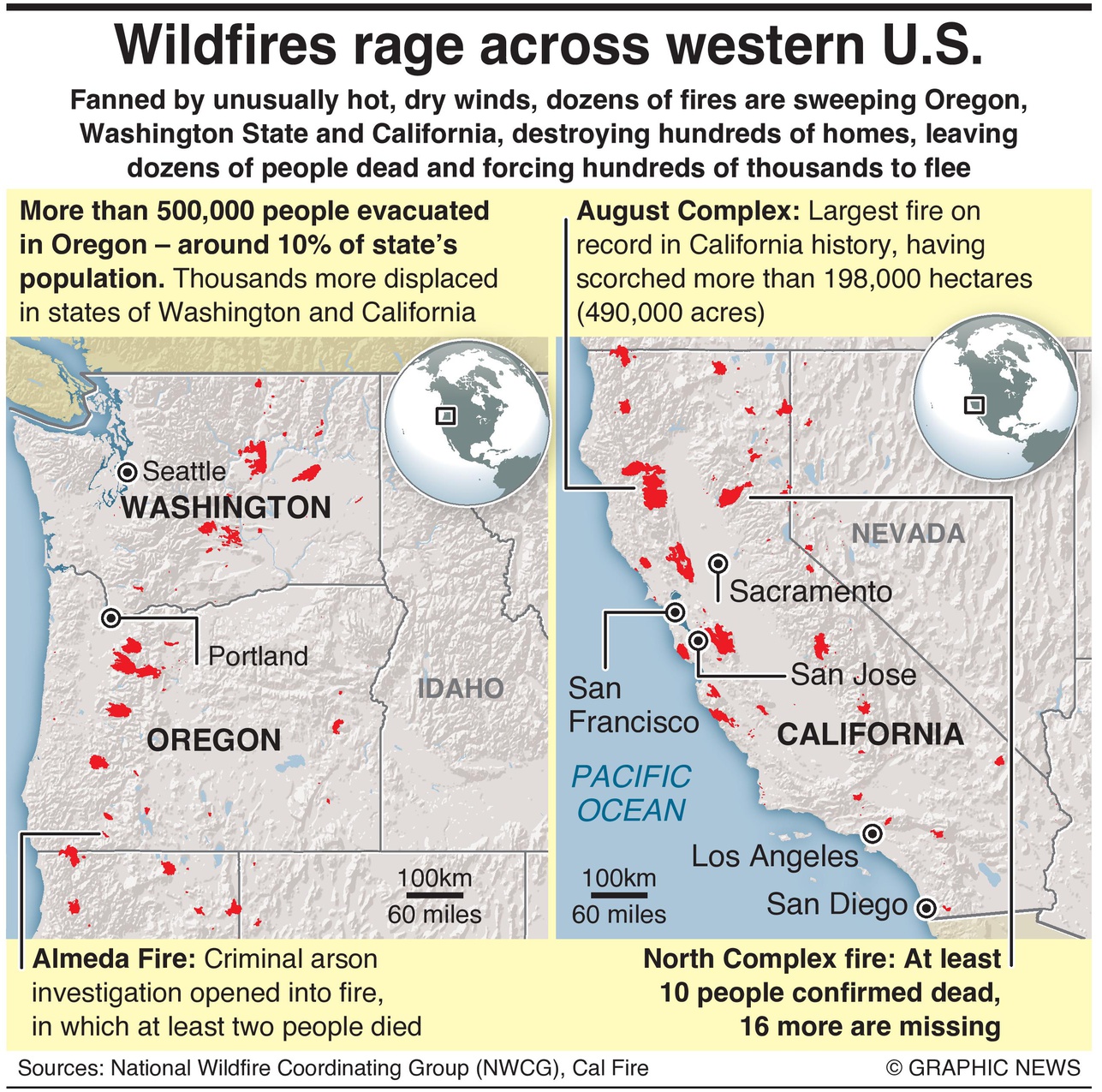 The number of people evacuated in Oregon because of fires rose to an estimated 500,000 – more than 10 percent of the state’s 4.2 million people.

One of the most destructive blazes, the Almeda Fire, which started in Ashland near the California border, is being treated as suspicious. It has been linked to at least two deaths and destroyed hundreds of homes in the towns of Phoenix and Talent.

The August Complex is now the largest fire on record in California history, having scorched more than 198,000 hectares (490,000 acres).

Across California, more than 2.3m acres have burnt — by far surpassing the 1.9m burnt during the course of 2018’s deadly season — with still more than a month of the state’s typical fire season remaining. The earlier fires were created by lighting storms last month.