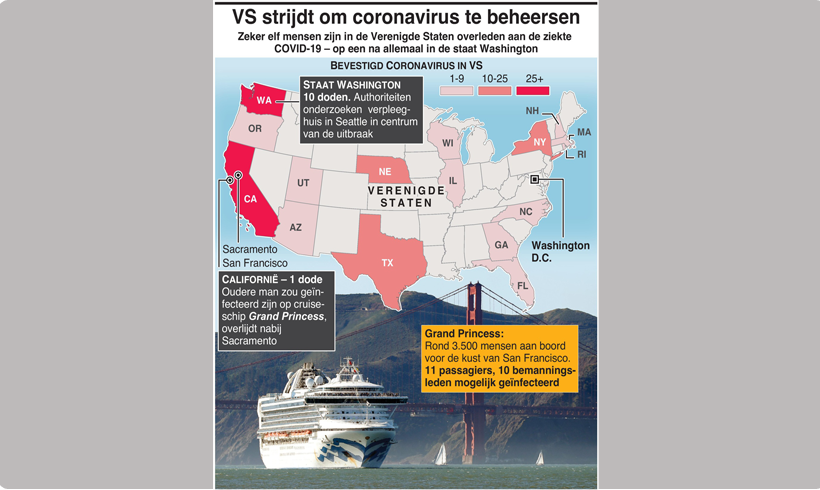 Although the Placer County patient who died was not believed to have contracted the virus locally, that case and a previous one from the San Francisco Bay Area linked to the same ocean liner have led health authorities to seek other cruise passengers who may have had close contact with those two individuals.

Hours after the person’s death was announced, California Governor Gavin Newsom declared a statewide emergency in response to the coronavirus.

Newsom said the cruise ship, named the Grand Princess, had later sailed on to Hawaii and was returning to San Francisco, but would not be allowed into port until passengers had been tested for the virus.

Worldwide, authorities have confirmed more than 92,000 cases of the virus, of which more than 80,000 are in China. More than 3,000 people have died globally, the vast majority in China.