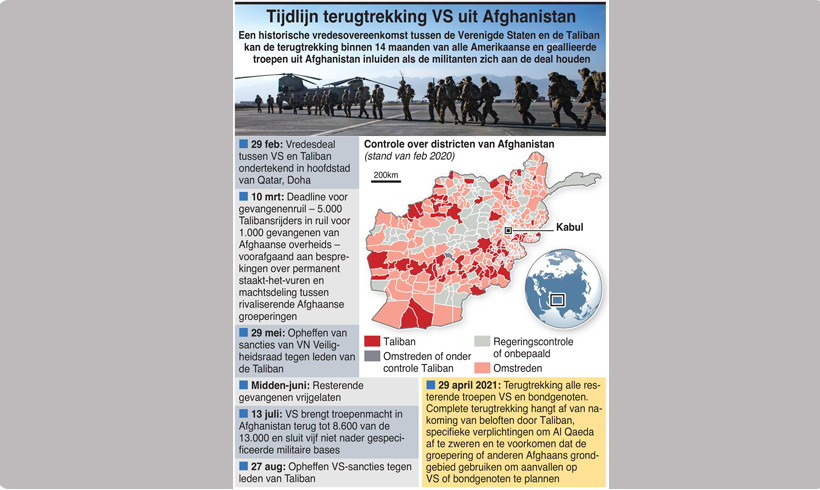 A surge in Taliban attacks, coupled with the Afghan government’s rejection of a prisoner exchange, threatens to imperil the fragile U.S.-Taliban peace agreement that aims to end America’s longest war.

The landmark agreement, signed last weekend in Doha, Qatar, does not include a full-on ceasefire but instead leaves negotiations on a comprehensive nationwide truce to all-Afghan power-sharing talks that are supposed to begin on March 10.

Under the deal, the U.S. would reduce its forces to 8,600 from the current total of 13,000 within the next three to four months, and the remaining troops would leave within 14 months. The withdrawal depends on the Taliban meeting its counterterrorism commitments, including a rejection of Al Qaeda and other groups. The deal does not, however, tie the U.S. withdrawal to any specific outcome from the all-Afghan talks, according to U.S. officials.

The peace process hit its first snag on Sunday after Afghan President Ashraf Ghani rejected a key Taliban demand for the release of 5,000 prisoners, putting further talks in jeopardy.